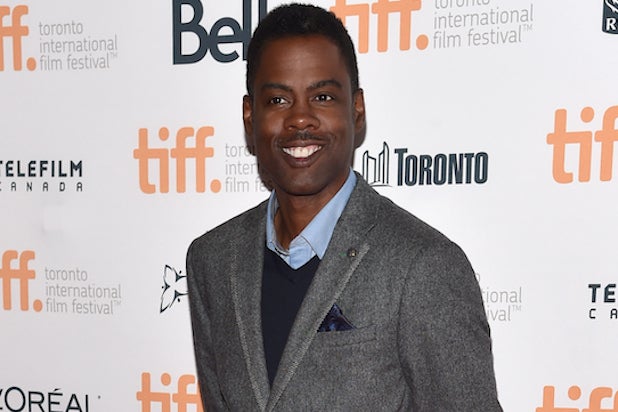 After days of negotiations, Chris Rock and Paramount have officially sealed a deal for the showbiz comedy “Top Five.”

Rock wrote, directed, and stars in the film, which earned strong reviews at the Toronto International Film Festival and sparked a bidding war. An individual with knowledge of the negotiations told TheWrap yesterday that the two sides were close on a $12.5 million deal for the $10 million comedy, with a commitment for around $20 million in P&A spending.

“Chris and I go back decades, both personally and professionally, and so I am particularly proud to have watched his career grow to its highest heights over many decades,” Paramount CEO and Chairman Brad Grey said. “This film showcases brilliantly how talented Chris is as a filmmaker and storyteller and we are thrilled to be partnering with him, Scott Rudin and my longtime friend, the legendary Barry Diller and IACF for its worldwide launch.”

The film follows a comedian (Rock) as he tries to make it as a serious actor when his reality TV star fiancé convinces him to broadcast their wedding on her TV show. It features an all-star supporting cast, including Rosario Dawson (a journalist following Rock’s character) and Rock friends such Jerry Seinfeld, Adam Sandler, Kevin Hart, and Tracy Morgan.