According to WSB-TV in Atlanta, Todd has been sentenced to 12 years in prison, and Julie has been senteced to seven years. The couple’s “15-year fraud spree” consisted of the alleged use of fake paperwork that gained them $30 million in bank loans. The couple then defaulted on more than $20 million in debt when Todd declared bankruptcy in 2012. They also hid large amounts of money earned from their show from the IRS. 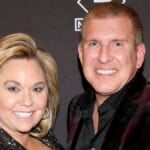 The Chrisleys were convicted of tax evasion and bank fraud in June. Both stars will follow up their time in jail with 16 months probation each. Both sentences dealt came out lighter than predicted, with Todd Chrisley facing up to 22 years and his wife Julie facing upwards of 12 years.

While “Chrisley Knows Best” — USA network’s most-watched original series — continued airing despite its stars’ convictions, Deadline points to the discontinuation of both the hit parent show as well as its spin-off “Growing UP Chrisley,” documenting Chase and Savannah’s adult lives away from their celebrity couple parents.

“Chrisley Knows Best” received a 10th season renewal a month prior to the convictions, and USA Network will air several episodes from this season, filmed before the trial, next year. “Growing UP Chrisley,” which ran for three seasons on USA Network, moved to E! for its fourth season. 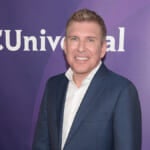 Todd was also set to host “Love Limo,” a show ordered by E! in which he would guide singles looking for love, but that has been scrapped as well.