The day before Chrissy Metz could win her first Emmy, she will already go home a winner.

On Monday, The Creative Coalition and TV Guide Magazine announced the breakout star of “This Is Us” as one of this year’s recipients for the Television Industry Advocacy Awards. Metz joins Keegan-Michael Key, Seth Green, Alyssa Milano, Chloe Bennet and Finn Wolfhard as the newest class of honorees among a group of alums that include Eva Longoria, Derek Hough, Jeffrey Tambor and Laverne Cox. 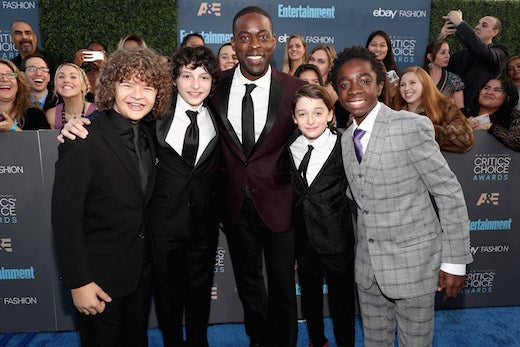 “Doing well by doing good is what sets this honor apart from other awards,” Robin Bronk, CEO of The Creative Coalition, said in a statement.

After two years at the Sunset Tower during happy hour on the Friday of Emmy weekend, the event moves to Tao in Hollywood on Saturday afternoon.

“The Television Advocacy Awards is an inter-generational tribute to what’s truly good in today’s world,” Bronk told The Party Report after the news broke. “We’re trying to make ‘paying it forward’ the norm rather than the exception.”

Also Read: Vegas Unveils Emmys Odds: Maybe Throw a C-Note Down on 'Master of None'?

Previously, The Party Report has been vocal in calling this an “under-the-radar, under-embraced knot of talent speaking from the heart to a tiny room.” Even with some increased sheen at its new home at TAO, this should still be a sanctuary from the noise of the rest of Emmy weekend.

Also Read: 'This Is Us' Kicked Out of Emmy Costumes Race

BBVA Compass returns to sponsor the event, with proceeds benefiting the non-partisan Creative Coalition’s political advocacy in defense of the arts.