Showtime has renewed its Boston crime drama “City on a Hill” for a third season, which will consist of eight one-hour episodes.

Production will resume in New York later this year, with Season 3 expected to premiere in 2022.

Season 2 of “City on a Hill” is centered on a federal housing project in the Roxbury neighborhood of Boston plagued with drug violence and a rightful distrust in local law enforcement. FBI agent Jackie Rohr (Bacon) works to exploit Boston’s defective criminal justice system in a desperate attempt to salvage his own career, according to the logline. Unfortunately for Jackie, assistant district attorney Decourcy Ward (Hodge) is onto his adversary’s latest misstep.

In time, the personal antagonism between these two escalates to an all-out war between the offices of the U.S. Attorney and the Suffolk DA. No one is safe from the collateral damage, Showtime’s description continues. At the conclusion of Season 2, Decourcy pursues justice in and out of the courtroom and despite his maneuvering, Jackie discovers that he can’t escape his past and gets ousted from the FBI. 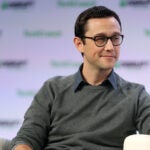 Showtime is a subsidiary of ViacomCBS.

Showtime OTT and Paramount+ (formerly CBS All Access) hit 36 million subscribers in the first quarter of 2021, ViacomCBS revealed when reporting its Q1 earnings May 6. That time period marked Showtime OTT’s “best quarter ever in sign-ups, streams and hours watched,” according to ViacomCBS, a record attributed to streaming of original series “Your Honor” and “Shameless.”