The former NPR host will be presented with the honor Saturday, Feb. 25 and, as part of Cornish’s recognition, will participate in a career-spanning interview with New York Magazine Editor-At-Large Kara Swisher, who also hosts podcasts “Pivot” and “On With Kara Swisher.” 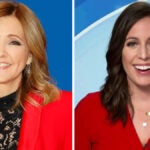 Presented at the culmination of On Air Fest, which will take place Feb. 23-25 at Brooklyn’s Wythe Hotel, the Audio Vanguard Award will recognize Cornish’s impactful contributions to the audio medium through her roles as a co-host of NPR’s “All Things Considered” and host of “Weekend Edition Sunday,” as well as her current role as a CNN anchor, correspondent and host CNN podcast “The Assignment.”

“Audie is a potent voice in the audio movement and we’re so honored to have her take the stage at this important moment,” said On Air Fest’s Director of Programming, Jemma Rose Brown.

During her time as a host of “NPR’s Weekend Edition Sunday” in 2011, Cornish was a recipient of a George Peabody Award for her work with David Isay’s StoryCorps 9/11 Project. In 2020, Cornish was honored with the Sol Taishoff Award for Excellence in Broadcast Journalism by the National Press Foundation. Over the course of her career she has interviewed iconic figures including Bruce Springsteen, former President Barack Obama, Senator Elizabeth Warren and Ta-Nehisi Coates, to name a few.

Produced by creative agency work x work, On Air Fest unites emerging and established voices to advance the culture of audio, this year spotlighting live events features “On Being” with Krista Tippett, “People’s Party” with Talib Kweli, “Talk Easy” with Sam Fragoso and a new miniseries from “The Heart.” 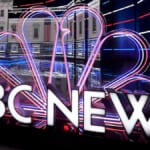