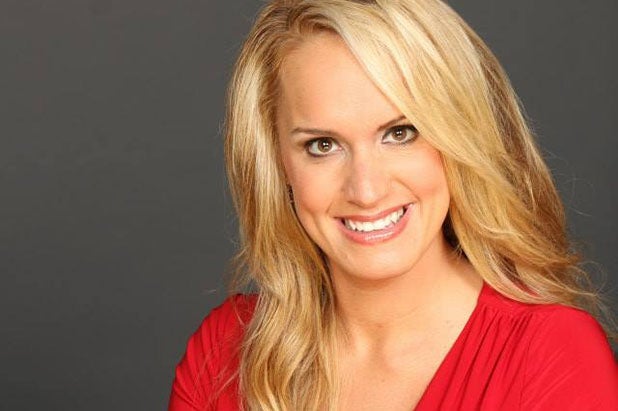 Hughes announced the news via Twitter on Tuesday with a highly-produced video telling the story of her career up until this point as a storybook fairytale.

“YUGE anncm 4 me today as 25yrs of hard work & study paid off. It all started w/ @piersmorgan @CNN #CNN #honored,” she wrote in the now-deleted tweet. The accompanying video can be found on Mediaite.

CNN raised eyebrows last month by hiring Corey Lewandowski less than a week after he was fired as Trump’s campaign manager.

Hughes, the political editor of RightAlerts.com, has been a regular fixture on cable news networks defending Donald Trump and his campaign since breaking out with an appearance on Piers Morgan’s CNN town hall following the 2012 mass shooting in Newtown, Connecticut.

Hughes was parodied on “Saturday Night Live” in April, played by Cecily Strong and made to look like a “full-blown nut job” willing to twist herself into knots to defend the presumptive Republican presidential candidate. She later admitted during an appearance on CNN that she was “shaken” by the sketch.

“Talk about the ultimate shaming, the ultimate sexism,” she said. “You know, what does ‘SNL’ want me to do, be barefoot and pregnant or maybe just talk about parenting issues?”