If keeping one’s word is the measure of a man, well – Rupert Murdoch comes up way short in “The Murdochs: Empire of Influence.” From his beginnings as an Australian newspaperman to becoming the world’s most influential media mogul, Murdoch repeatedly made promises that not only did he not keep, but brazenly broke the moment he got what he wanted.

Outside of that, CNN’s seven-part documentary miniseries plays “The Murdochs” largely down the middle – a surprisingly nonpartisan portrait of a man and his family, produced by a bitter political and journalistic rival, that’s light on bombshells (virtually none) and heavy on fascinating archival footage of a young Murdoch who never seemed to stop trying to please his late father.

Understandably, “The Murdochs: Empire of Influence” was made without the participation of its main subjects: Murdoch and his three middle children – Elisabeth, Lachlan and James – who are, to this day, aligning themselves to be his sole successor. (Inevitable comparisons to the hit show “Succession” would seem silly since the HBO drama was originally conceived as a movie about the Murdochs, but the one-successor-to-rule-them-all theory is indeed the reality.) 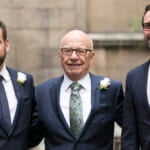 Though the patriarch, now 91, suffered a near-death scare in a fall aboard son Lachlan’s megayacht in 2018, the derby to control one of the world’s most powerful media empires continues apace. And though Lachlan seems to have a strong inside track, with this family, fortunes can change quickly.

“[He] has always intended to pass off his company to one of his children in particular,” says New York Times journalist Jonathan Mahler, co-author of an extensive 2019 piece on the Murdochs. “But to designate an heir would be an admission of his mortality.”

“Empire of Influence” was originally produced as an original documentary for the doomed digital platform CNN+, long before Warner Bros. Discovery axed the flailing startup and brought aboard Chris Licht to give the network a less partisan tone. For that reason, it’s all the more impressive how restrained its portrait of Murdoch turned out to be. Which is not to say punches are pulled. 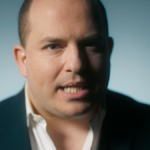 Also Read:
Brian Stelter Is Back on CNN – Talking Admiringly About Rupert Murdoch?

“Empire” pays particular attention to Murdoch’s willingness to tell potential sellers – once-liberal bastions like Australia’s The Daily Telegraph, London’s News of the World and The New York Post in particular – that he has no plans to meddle with their editorial policy … then do exactly that the very moment he gets the keys to the front door.

“He was,” says Roger Stone (yes, that Roger Stone!) “the most ruthless man in business history.”

But Murdoch’s broken promises weren’t a mere matter of publishing right-wing opinion and leaning into visceral, tabloid-heavy muck. The first two episodes, which aired Sunday, also dive into Murdoch’s aggressive political meddling, from using the Post to anoint New York City Mayor Ed Koch in 1977 to helping deliver New York State in 1980 for a victorious Ronald Reagan (a favor he would call in many times, from expedited U.S. citizenry to the extraordinary FCC exception he was granted in order to buy TV stations in markets where he already owned newspapers). 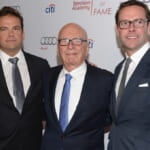 “The newspaper can create great controversies, it can throw light on injustice,” a young Murdoch calmly tells an interviewer in the late ’60s. “Just as it can do the opposite, it can hide things and be a great power for evil.”

His own words – but a typical CNN viewer who might be hoping to see Murdoch with horns and a pitchfork will be disappointed. They may even find themselves admiring a young and forward-driving Murdoch, dark of hair and eyebrows, barely recognizable were it not for that satisfied half-smile he continues to wear to this day.

And whatever pathos Murdoch bears on the surface seems to come from his father – Sir Keith Murdoch, himself a self-made newspaper mogul in the time of the World Wars, who was by all accounts “hard” and “cold” toward his eldest son.

“He didn’t think Rupert had what it took,” says Jim Rutenberg, also co-author of the New York Times piece from 2019, reporting upon which much of “Empire” relies.

When Keith Murdoch died, Rupert was studying abroad. By the time he made his way home, his father was already buried, and his mother had been convinced to sell half of his newspaper holdings. With only a single Adelaide newspaper left to start with, Murdoch felt cheated – and went on a mission to restore the other half (and with the steamroller forging ahead, certainly didn’t stop there).

As a father himself, Rupert Murdoch is described as loving and attentive, if not always around. And when he was, he stoked interest in the media in his boys (Elisabeth wasn’t considered a contender early on because of her gender, though that changed as she began to grow into her natural acumen).

“He was not raising children, he was raising media moguls,” Mahler says. “This is the origin story of three children whose entire lies would be shaped by the pursuit of one thing.” 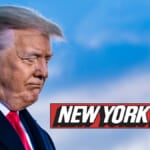 But in terms of handicapping the race to take over Murdoch’s vast wealth and influence, “Empire” presents no clear favorite by the end of Episode 2. “Elisabeth is very savvy, very cunning,” Rutenberg says, the closest thing to a candidate endorsement in “Empire.” “She’s the most like Rupert.”

Lachlan is portrayed as the most ambitious, openly gunning for the job – and currently co-heads Fox with his father. James, at first seemingly disinterested in his father’s Machiavellian schemes, becomes a player as the TV piece of the puzzle takes centerstage.

Sure enough, by Episode 2, we’re beginning to see Murdoch’s blooming interest in television in the ’80s. With that big assist from Reagan, he makes a huge gamble on buying Metromedia TV stations for $2 billion, then 20th Century Fox for $575 million – the ingredients he would need to create NewsCorp and, by proxy, Fox News.

“He has a great vision for what it’s lacking in the landscape, not only in print but in television,” says Maury Povich, whose “Inside Edition” would be an early glimpse into the Murdoch TV ethos.

“Empire” might not deliver any new revelations about the Murdoch family saga, but does an admirable job of weaving together the arc of a family story that has now touched 10 decades – and shows no signs of coming to a conclusion soon.