Co-anchor John Beman took the lead on Kennedy, telling his morning audience that the show was about to air a clip of the prominent anti-vaccine activist that included “deranged, dishonest, offensive” commentary. The clip of Kennedy in the nation’s capital over the weekend included a snippet of his speech, during which he shared conspiracy theories about vaccine mandates that involve, somehow, Bill Gates and 5G networks. Ultimately, Kennedy compared the current regulations in America to “Hitler’s Germany,” but said that at least in the latter, “you could hide in an attic like Anne Frank did.” 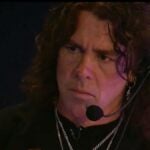 “Never mind the fact the Nazis wanted to withhold vaccines as part of their genocidal policy,” he fumed.

Next up was Weiss, who appeared on HBO’s “Real Time With Bill Maher” last week and declared, “I’m done with COVID. I’m done. I went so hard on COVID. I sprayed the Pringles cans that I bought at the grocery store, stripped my clothes off because I thought COVID would be on my clothes. I did it all.”

Weiss called it “ridiculous” that the world hasn’t gotten “back to normal.” She added, “This is going to be remembered by the younger generation as a catastrophic moral crime.”

“She ranted about how inconvenienced she’s been by this pandemic and how it’s not real anymore,” said Dr. Jonathan Reiner, who also described Weiss’ statements as “childish.” He added, “Well, I’ll tell you that for the 10,000 Americans who died last week, and for their families, yeah, it was damn real. For the people who struggled to keep them alive and the thousands and thousands of healthcare workers who have been doing this nonstop for two years, her behavior was childish and selfish.”