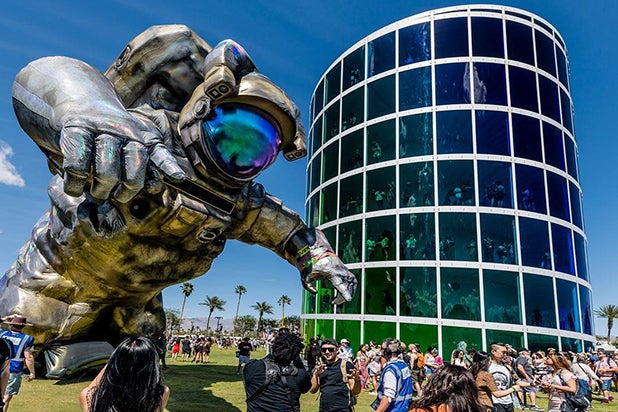 The holidays have come early for music festival fans, with the lineup for next 2020 Coachella — scheduled for the second and third weekends of April — taking shape.

“While currently, right now (my staff) are working on production plans, I’m finalizing the poster,” Coachella founder and Goldenvoice CEO Paul Tollett said at the Billboard Live Music Summit and Awards in Beverly Hills on Tuesday. “We’re pretty much done with the lineup this year, 95%.”

Citing only 150 slots at the festival and 4,000 submissions coming his way, Tollett noted that he does most of the booking himself and that it’s “not scientific.”

“(Right now), I’m more working on scheduling to make sure everyone gets the right thing,” Tollett said, referencing set times and stage selection. “I don’t like to lock in an artist at a set time, because between November and April, there could be a superstar we’ve booked that I don’t even know is going to be a superstar. If I put them in too small of a venue, it’s going to be tough. It’s hard to confirm someone and tell them ‘I don’t know where we are going to put you.’ There is some faith they have to have, and we have a good relationship with the artist community.”

The official lineup won’t be revealed until January, but “leak season” is already here.

In recent days, multiple media outlets have reported that Rage Against the Machine will reunite to headline on Friday nights April 10 and 17. Tollett did not confirm “Rage” in his Billboard Summit appearance, but cited their 2007 headlining performance as a milestone that he feared, at the time, would be tough to top.

The relentless community of year-round sleuths over at the Coachella subreddit has been making deductions on the Coachella 2020 lineup based on tour schedules, album releases, and social media clues. Their collective wisdom points to some combination of Travis Scott, Justin Timberlake, Coldplay, Frank Ocean, Lana Del Rey, and Rage getting the top billing. For the undercard, summer breakout Megan Thee Stallion, rapper Big Sean, and L.A. R&B duo Emotional Oranges have signaled that they will be on the poster.

Tollet himself admitted to peeking his head into the rumor mill and checking out fan-created prediction posters, called “mocks.”

“There’s so many rumors out there. The (mock) posters, I like looking at them, but they are unrealistic because they don’t have a salary cap. When I see them, I think ‘I can never live up to some of these wishlists.'”

The 21st edition of the music and arts festival takes place on the weekends of April 10-12 and April 17-19 in Indio, California.