Comcast’s theme parks division turned a profit in Q2, marking its first profitable period since Q1 2020 (before COVID-19 forced the shuttering of almost all theme parks globally), the company revealed in its second-quarter 2021 earnings report Thursday.

Revenue from Universal’s newly reopened theme parks, including Universal Orlando Resort, Universal Studios Japan and Universal Studios Hollywood, was $1.1 billion, up $958 million compared to the same time period last year, when each of the company’s theme parks were closed for either the majority or entirety of the quarter as a result of COVID-19.

Meanwhile, Comcast’s NBCUniversal took a $363 million loss related to streaming service Peacock in Q2, according to the company’s financial release. The media giant revealed Thursday it had 54 million signups to-date and 20 million monthly active accounts, up from the 42 million Comcast reported at the end of Q1 of this year. 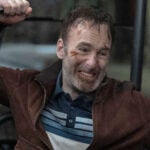 Still, Comcast beat analysts’ estimates for how it would fare during the quarter ended June 30.

Per the company, NBCUniversal’s media division — which includes cable networks, broadcast, TV stations and streaming service Peacock — increased its revenue by 25.7% overall. Distribution revenue from this segment increased 19%. Ad sales were up 32.8%, due to an increase in sporting events previously delayed by the pandemic. “Other” revenue from the media division was +31.1%, which Comcast attributes to “an increase in revenue from our digital properties.”

Studio revenue, which includes NBCU’s film and television studio production and distribution operations, was +8.4%. Box office revenue increased by $191 million over Q2 of 2020, a time period during which movie theaters were closed and/or operating at reduced capacity amid the pandemic, riding on the success of “F9” on June 25, just before the quarter ended. 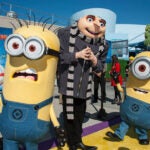 “We delivered excellent results in the quarter, continuing our great start to the year,” Comcast chairman and CEO Brian L. Roberts said Thursday in a prepared statement accompanying the financial results. “At Cable, our performance was exceptional, highlighted by 11% revenue and 15% Adjusted EBITDA growth, the best broadband and total customer relationship net additions on record for a second quarter, and the most wireless net additions since the launch of Xfinity Mobile in 2017. At NBCUniversal, Adjusted EBITDA increased an impressive 13%, fueled by the recovery at Theme Parks, particularly at Universal Orlando. And I am pleased with and encouraged by our customer and financial metrics in the U.K., which drove Sky’s double-digit total revenue growth in the quarter. We remain committed to innovating for our customers and investing for a strong future. I have great confidence in our strategy and our ability to execute, which is reflected in our decision to restart our share repurchase program during the quarter, earlier than previously planned.”

Comcast stock closed Wednesday at $57.98 per share. The U.S. stock markets will reopen for their regular trading day at 9:30 a.m. ET.