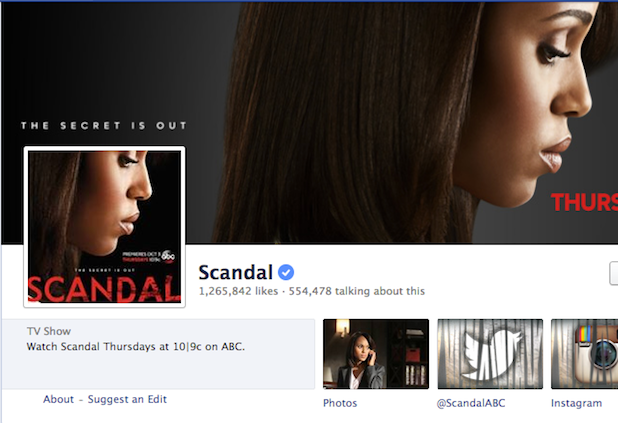 Comcast wants TV viewers to have more fun on mobile devices, tablets and anywhere “off the TV set,” so it partnered with Twitter in an innovative new deal that will bring TV to Twitter.

Millions of people are talking about TV shows on Twitter at any given moment, and while they can use a hashtag to indicate what they are talking about, there was no proof that this increased viewership.

“It may drive viewership but it’s a broken experience,” Comcast’s Sam Schwartz observed to TheWrap of the old model. “You had to put down your tablet, pick up the remote and set the DVR.”

With the new “See It” feature, users can set their DVR without leaving Twitter and Comcast can get hard data about Twitter’s impact on viewership.

The initiative reinforces how central social media has become to the TV experience and how important TV is to the future of Twitter. Schwartz told TheWrap that Comcast expects to expand the feature to other sites.

Here are four takeaways from the deal:

You’ll Be Able to Watch TV on Facebook, Too
Comcast chose to launch “See It” with Twitter because conversations happen on the platform as shows are on the air. It will urge viewers to watch TV as it is on the air.

Yet this new initiative will soon spread to Facebook and websites focused on entertainment.

“We won’t stop with Twitter,” Schwartz told TheWrap. “After we get this launched well with Twitter, we’d love to see the ‘See it’ button go to any place on the web with content about entertainment.”

That means a “See It” button could soon reside next to the “Like It” button on Facebook or next to an IMDb listing.

Days Are Numbered for a Lot of Second Screen Apps
As social networks like Facebook and Twitter gained millions of users and mobile devices proliferated, a cottage industry of “second screen” apps materialized to serve TV viewers. Apps like GetGlue, IntoNow and Viggle let viewers “check-in” to TV shows, talk about their favorite characters and win rewards from the comfort of their couch.

It is undeniable that people are using their mobile phones while watching TV to text, search and post on social media. Yet this deal between Twitter and Comcast reinforces that the Twitter and other massive social networks are the dominant second screen apps.

Schwartz was cautious on this subject. Comcast was a major supporter of Zeebox and he reiterated the company’s interest in that partnership.

Yet when TheWrap asked whether this demonstrated his company had more faith in Twitter than third party apps he said this: “I would agree.”

Trending Topics Are Coming to Your TV
Schwartz said Comcast wants to have Twitter guides on set top boxes so any viewer can use a remote to see what’s trending.

“The Emmy were on a few weeks ago. If I turned the TV on I would go trough 800 rows in the grid guide and I wouldn’t know the Emmys were on unless I was lucky,” Schwartz said.

Yet if you pull up the Twitter page, you’d see that the Emmys were in the Top 10.

Advertisers Will Be Very Happy
The less sexy part of the deal is a partnership between NBC Universal and Twitter giving NBC’s advertisers an opportunity to advertise on TV and Twitter at the same time.

“The same audience that saw [the ad] on TV will see it again when using Twitter,” Schwartz said. “It’s a win-win.”