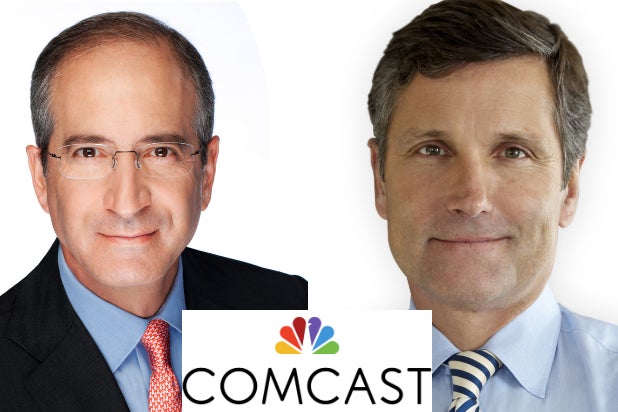 Steve Burke, president and CEO of NBCUniversal, earned $31.1 million, an increase of $4.8 million over the previous year.

The executives’ compensation were disclosed as part of Comcast’s annual filing with the Securities and Exchange Commission.

Roberts’ base salary did not go up last year, but a bonus and stock option helped put his total compensation above the year-ago mark.

In the filing, the company said that its compensation committee did not increase Roberts’ base salary in 2013 as part of a five-year salary freeze at that level, “reflecting both the Compensation Committee’s philosophy to limit increases in nonperformance-based compensation and Mr. Roberts’ willingness to forego additional compensation that is not performance based.”

Burke’s base salary increased by 2.5 percent in March 2013, as did those for Comcast CFO Michael Angelakis, President and CEO of Comcast Cable Communications Neil Smit, and EVP David L. Cohen. Burke received an additional 13.1 percent raise as part of his new employment agreement.

NBCUniversal’s revenue decreased by 0.7 percent in 2013, a year that included $1.4 billion in additional revenue from NBC’s coverage of the London Olympics and Super Bowl XLVI, while its operating cash flow grew by 15.2 percent.

Comcast completed its purchase of General Electric’s 49 percent stake in NBC Universal in March 2013 and is awaiting government approval of its proposal to acquire Time Warner Cable.