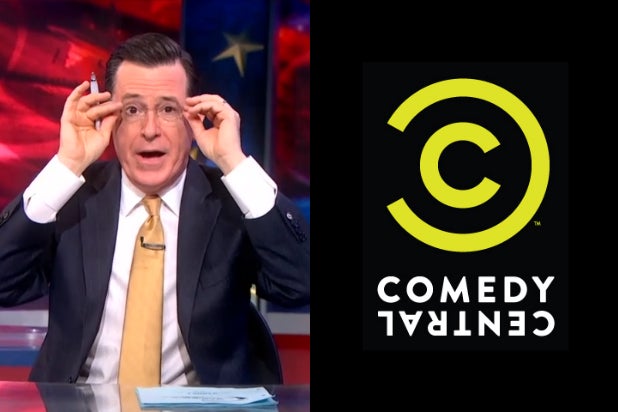 Stephen Colbert‘s departure from Comedy Central leaves a gaping hole in the cable network’s schedule, and the network is hoping to find a bold new idea for the 11:30 pm slot from talent developed in-house or outside the network, network executives told TheWrap.

“Everything is on the table. They have big shoes to fill,” a network executive told TheWrap.

What replaces “The Colbert Report” might not be a talk show. It could feature a current Comedy Central star, like Amy Schumer or Daniel Tosh, or it could feature a new addition. The only person it almost definitely won’t include is John Oliver, who hosted “The Daily Show” last summer but is now under contract with HBO.

Comedy Central insiders tell TheWrap that Colbert’s contract will last until the end of the year, at which time the network might give a new series a trial run, just as it did with “The Colbert Report” and Chris Hardwick’s new late-night show, “@midnight.” If a show doesn’t work out after a few weeks, it could try another.

The network could even move “@midnight” to 11:30 — though that would call for a name change.

“But we printed all those T-shirts,” one insider joked.

Whatever happens, Comedy Central is confident.

“Late night, it’s kind of our thing,” said the network insider. “It’s one of the things that we are most known for, and we are some of the most creative and innovative people out there with late night.”

Comedy Central executives had known for years that CBS was interested in its roster of talent, particularly the younger demographic that Colbert and “Daily Show” host Jon Stewart draw. But the network has known for sure that Colbert would take the “Late Show” position for only a day or two.

Comedy Central has shaken up late night before. When “The Daily Show” launched in 1996, the format was entirely new. The new “@midnight,” a social media game show, launched in October.

“So we really don’t want to limit ourselves, we really want to be open to new ideas and fresh ideas,” an insider said.

The network has eight months to decide what to do with the 11:30 slot. Moving a current show into that spot, bringing in new outside talent, or farming the “Daily Show” staff for a spinoff — as the network did with “Colbert Report” — are among the possible options. The networks deep bench also includes the stars of “Key & Peele.”

“It’s impossible to replace Stephen Colbert, but we feel confident that we’ll be able to put out a show that is going to have appeal to our fans and will hopefully be like something nobody’s ever seen before.”