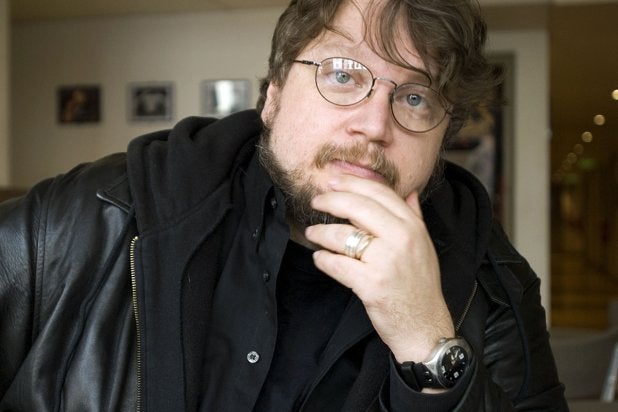 Legendary Pictures has announced its Comic-Con slate, which includes Guillermo del Toro‘s gothic horror movie “Crimson Peak” and the psychological thriller “As Above/So Below.” Additionally, insiders tell TheWrap that the studio may unveil its plans for the “Godzilla” sequel.

Del Toro himself will be on hand for “Crimson Peak,” while director John Erick Dowdle and his brother, co-writer Drew Dowdle, will tease “As Above/So Below,” which hits theaters on Aug. 29.

In the aftermath of a family tragedy, an aspiring author is torn between love for her childhood friend and the temptation of a mysterious outsider. Trying to escape the ghosts of her past, she is swept away to a house that breathes, bleeds…and remembers.

“As Above/So Below” stars Perdita Weeks, Ben Feldman and Edwin Hodge. Tull and Jashni produced the movie with Drew Dowdle and Patrick Aiello, while Alex Hedlund served as executive producer.

In “As Above, So Below,” miles of twisting catacombs lie beneath the streets of Paris, the eternal home to countless souls. When a team of explorers ventures into the uncharted maze of bones, they uncover the dark secret that lies within this city of the dead.  A journey into madness and terror, the film reaches deep into the human psyche to reveal the personal demons that come back to haunt us all.

While any “Godzilla 2” reveal remains unconfirmed, the first movie has grossed nearly $500 million worldwide and caters directly to the enthusiastic genre crowd that will be at Comic-Con. Warner Bros., which recently lost the “Pacific Rim” franchise to Universal, remains involved with Legendary’s “Godzilla” property.