How on Earth does Paramount intend to protect “Star Trek Beyond” from piracy at its upcoming world premiere — a splashy Comic-Con event that will mark the first ever outdoor IMAX screening?

The film studio announced in May that the premiere screening would invite hundreds of fans and contest winners to San Diego’s Embarcadero Marina Park, a coastal promontory with a capacity of 3,000.

The park is surrounded by a marina that docks hundreds of boats, apartment buildings and hotels lining San Diego’s downtown area — to say nothing of the San Diego Convention Center itself, where any costumed fan with a camera zoom function might record footage two days before the film’s July 22 theatrical opening.

The challenge is enormous, particularly given the size and devotion of the film’s fan base — not to mention some unique elements that could attract opportunists.

Much like the black holes of deep space, neither SDCC, Paramount or reps for IMAX would shed light on any special anti-piracy efforts being made for the event.

One individual familiar with the studio’s plans told TheWrap that every pre-release screening, including this premiere, had surveillance in place for piracy. The insider did not elaborate on additional measures for this event. 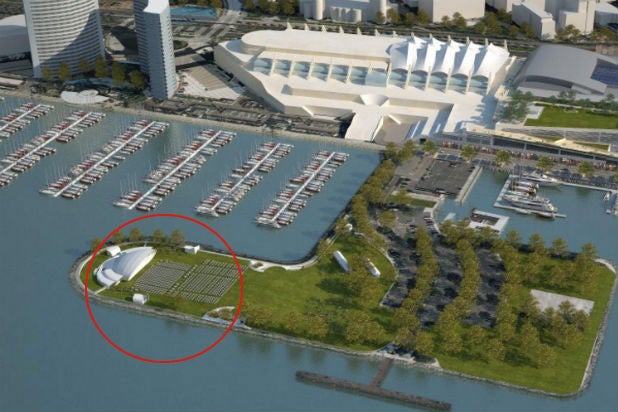 The stakes are high for Paramount, which has comparatively few major franchises in its arsenal and is counting on a much-needed hit box office hit – particularly since the company is in the midst of corporate drama over a proposed minority-stake sale. 2013’s “Star Trek Into Darkness” grossed $228 million domestically.

“Star Trek Beyond,” with a reported production budget of $150 million, has generated even more curiosity — and paparazzi interest — since the untimely death of co-star Anton Yelchin, who played engineer Pavel Chekov. It’s also likely the film will open with some kind of tribute to 27-year-old actor and the late Leonard Nimoy, a lead in the original “Star Trek” series and many previous film adaptations, who died in 2015.

Tech fans could also be curious about the performance of IMAX technology in an outdoor setting as it competes with noise and light from a busy metropolis and harbor. 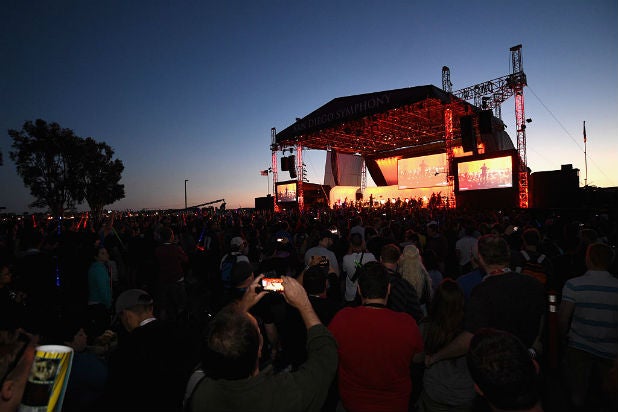 To be fair, there are plenty of tall trees on the grounds of the Embarcadero Marina Park, and fans might adhere to smartphone check-ins or, dare we say, an honor system when it comes to capturing footage. There’s also the reality that any footage shot from a distance would be of poor quality. But any leak of footage could have a negative effect, even coming two days before the movie’s wide release.

The apparent openness surrounding the “Star Trek Beyond” premiere stands in stark contrast to the heavy security at a promotional fan event was held at the Paramount lot in Hollywood on May 20.

Even after a security checkpoint to enter the studio lot, participants had to go through a metal detector scan. Following a panel with producer J.J. Abrams and select cast on Stage 31, where the original “Star Trek” series was filmed, the group was then ushered onto another stage to screen unfinished footage.

Black velvet drapes lined a standing-room only space, with a single screen mounted on the wall. Every single smartphone was taken, placed in a foam case and secured with a magnetized pin lock (think the security tags used on clothes in department stores). Stage doors were locked, and security guards on ladders used night vision binoculars to survey the small, packed throng of viewers as they watched under two minutes of clips.

Comic-Con may be the film’s big coming out party, but beyond the confines of an exclusive locked-down studio experience — this bold outdoor premiere might not be a day in the park.