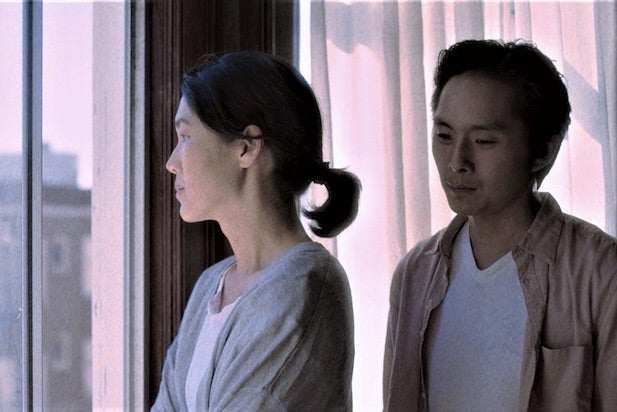 Director Wayne Wang made his name with films like “The Joy Luck Club,” “Eat a Bowl of Tea” and “Smoke,” intimate works in which he showed his adeptness at detailing the small rituals of life (particularly those having to do with food) and at creating a strong sense of place. “Coming Home Again,” which opens in theaters and virtual cinemas on Friday, does both of those things, and it’s one of the quietest and most restrained movies ever made by a director who’s never been one for overstatement.

At first, it is a film of vignettes: a man (played by Justin Chon) prepares food and talks about his mother’s cooking advice; he runs up a hill in San Francisco, then screams and weeps; he shaves, showers, cooks breakfast and cares for an elderly woman (Jackie Chung) from a distance through a window into her room.

Slowly, quietly and with meticulous care, the story slips into place. The man, a young Korean-American, is Chang-rae, and he’s left his home and job in New York to come to his parents’ house in San Francisco, where his mother is dying of cancer. He wants to cook her a special meal on New Year’s Eve, so he’s turning to the recipes she used to make for him – and as he cooks, his reveries slip in and out of time and space. In one moment, Chang-rae is in his mother’s room, caring for her as she lies in bed, and then he walks into the kitchen to find a younger version of her telling him how to prepare the food.

It’s occasionally disorienting but more often more lyrical, but this is a lyricism built on stillness and distance. There’s limited dialogue and virtually no score; cinematographer Richard Wong’s camera tends to settle in place at one end of a room, and let the action play out at the other end. If there’s a closeup, it’s usually because a character walks nearer to the camera, not because the camera itself moves in close.

Chang-rae leaves the house a couple of times, but the vast majority of the film takes indoors, in a few rooms. That’s where the rituals of home play out, presented in carefully composed, purposefully static shots.

The film is set over the course of a day, but it feels more expansive and less linear than that. Chang-rae’s father comes in and out of the picture, but he’s less of a presence than a mute, annoyed shadow. The relationship between his mother and father, and between Chang-rae and his parents, gets thornier and tricker as the film goes along, particularly when his sister shows up around the one-hour mark to forcefully advocate for experimental cancer treatments.

Also Read: 'Over the Moon' Film Review: Animated Family Tale Borrows Too Much from Other Sources

That sequence initially feels like a detour of sorts, but it lays the groundwork for the film’s final stretch, when Chang-rae becomes more and more distraught and irrational. His behavior breaks the mood the film has established in a way that’s almost shocking, but it’s a necessary break, and one that shows how rituals can bind us together but also tear us apart.

Even at a running time of less than 90 minutes, “Coming Home Again” requires patience but rewards that patience. And at the end, Wang relaxes enough to let the austerity slip, just slightly: We get a touch of a Rachel Portman musical cue borrowed from her score for Wang’s “Smoke,” and the initial review cut included some of Leonard Cohen’s elegiac “Anthem,” with almost all of its lyrics stripped out except the key lines, “Ring the bells that still can ring/Forget your perfect offering/There is a crack in everything/That’s how the light gets in.”

Those are lines that have been referred to many times by many people since Cohen wrote them almost 20 years ago, and they were removed from the final version of the film after review copies were made available. In a way, that’s a shame, because Wang’s lovely film earns that musical cue by delicately showing the cracks in our daily lives, and the broken, refracted light that comes through them.