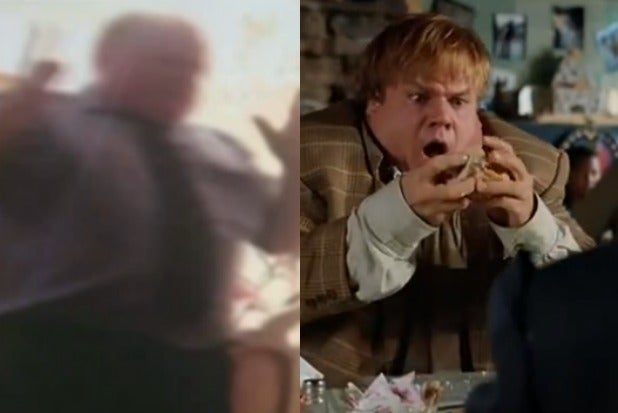 There’s no doubt about it: The crack-smoking mayor has created a wave of Farley nostalgia, and reminded us how much we miss the “Saturday Night Live” comedian.

Farley and Ford have a few things in common: impressive girth, boyish faces, and a tendency toward on-camera freakouts.

But Farley’s meltdown were part of his job.

And, truth be told, Farley’s beloved “pretty little pet” meltdown in “Tommy Boy” seems decidedly tame compared to one unearthed after Ford’s admission of crack smoking. In the new video, Ford calls for someone to be killed. It’s unclear who he’s talking about or when the footage was taken.

Rob Ford in “Make Sure That Motherf—ers Dead”:

Chris Farley in “Why I Suck As a Salesman”: