Martin Short guested on “Conan” for the final time Tuesday, and he didn’t waste the farewell opportunity — though he kind of mailed it in if we’re being honest.

“In all sincerity, may I say that you are a true original. And I think an original deserves an original,” Short said to outgoing TBS host Conan O’Brien. “So I penned a song just for you and I’d love to sing it.”

“There’s only you/no one else can ever do/just what you do,” the song began. “If we could only have an hour more/or two/you’re the best at what you do.” 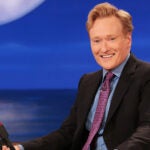 “Who else can we turn to?” Short continued. “It breaks my heart to say adieu.”

Sweet enough, but Conan cut him off right there. The “original” ditty sounded a bit familiar to the late-night legend.

O’Brien, who is heading to WarnerMedia’s HBO Max (from WarnerMedia’s TBS) soon to do…something, we don’t really have any details yet…then rolled a (doctored) clip of Short singing the same exact tribute on David Letterman’s final “Late Show” on CBS. 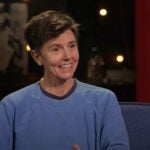 Also Read:
Tig Notaro Flew From NY to LA – and Back Again – Just to Say Goodbye to ‘Conan’ (Video)

OK even so, it’s pretty good company to be in, no? At least, that was Short’s argument to the basic-cable comedian.

But then the “Conan” producers ran (fake, again) footage of Short crooning the tune on the final episode of Magic Johnson’s short-lived “The Magic Hour,” which aired from Summer 1998 to…later in Summer 1998.

“He really had an incredible 11 weeks,” Short explained. 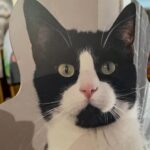 You probably see where this running joke is going by now. Conan then showed Short singing the same song on the final episode of “The Jerry Springer Show,” and even another time, when McDonald’s announced it was sunsetting the Shamrock Shake.

“I’m not gonna lie to you: I love the song,” O’Brien told his guest. “But you’ve sang it to many people — and a milkshake.”

Conan’s final episode will be one-hour long on June 24. His final guest is Jack Black.