The action film “The Numbers Station,” directed by Kasper Barfoed and starring Ethan Hawke, has been acquired for worldwide distribution by ContentFilm International. The acquisition was announced at Cannes on Sunday.

Principal photography on the film will begin in September. Additional cast will be announced shortly. 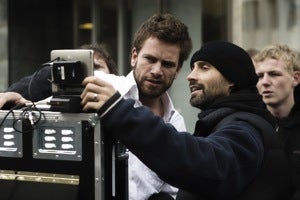 Danish director Barfoed has made four films in Denmark, including “Kandidaten” (“The Candidate”) (right), “Listetyven” (“The Performance”) and the award-winning children’s feature “Tempelriddernes skat” (“The Lost Treasure of the Knights Templar”).

The press release announcing the acquisition describes the film this way:

“Hawke plays Emerson, a disgraced black ops agent tasked with a dead-end job protecting 20 year old Katherine, the code operator for a small CIA broadcast station in the middle of the Nevada desert. Emerson’s mission is simple: protect Katherine. Keep her safe and keep her secure. When the station is under attack, their priority is to make it out alive … ”

The film will be produced by Sean and Bryan Furst of First Films, and by Ethan Hawke for his company Under the Influence Productions.