Rapper Coolio, known for hit song “Gangsta’s Paradise” on the soundtrack of “Dangerous Minds” starring Michelle Pfeiffer, has died. He was 59.

TMZ first reported the news with confirmation from Coolio’s manager Jarez Posey, reporting that the rapper went to the bathroom during a visit with a friend, who eventually found Coolio laying on the floor when he didn’t return in the average amount of time.

Posey did not immediately respond to TheWrap’s request for comment. 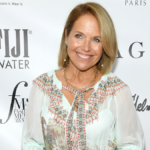 TMZ reports that EMTs arrived to pronounce the rapper dead on the scene. Jarez said that the rapper is believed to have died from cardiac arrest.

Coolio, whose real name is Artis Leon Ivey Jr., began his rap career in the 80s, but he took off in 1995 when he released the song “Gangsta’s Paradise” on the soundtrack of “Dangerous Minds” (1995).

“Gangsta’s Paradise” rocketed to #1 on the Billboard Hot 100 Chart, staying there for three weeks. The hit song received Grammy nominations for Record of the Year and Best Rap Solo Performance, winning the award for best rap solo performance in 1996. 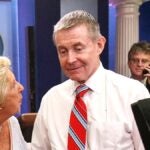 Coolio moved to Compton, Calif. from his birth state of Pennsylvania, joining hip hop group and the Maad Circle in 1991. He made his debut album “It Takes a Thief” in 1994 after signing with Tommy Boy Records. “Fantastic Voyage” took “It Takes a Thief” to No. 8 on the Billboard Hot 200 album chart where it became certified platinum.

Signature hit “Gangster’s Paradise” was later joined in Coolio’s catalog by songs like “Fantastic Voyage,” “1,2,3,4 (Sumpin’ New)” and “It’s All the Way Down.” 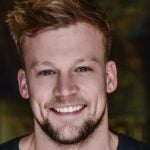 The rapper also appeared in Nickelodeon’s “Kenan & Kel” series, for which he recorded opening sequence song “Aw, Here It Goes!”