WWE Superstars Corey Graves (well, he’s an announcer now) and Carmella would not have been suited for the company’s “PG Era,” which ran from July 2008 to March 2014. Frankly, the couple may even have been too risqué for the “Attitude Era.”

Graves’ and Mella’s new 10-episode YouTube reality show, “Corey & Carmella,” is essentially all about their sex life, based on the trailer, which TheWrap can exclusively reveal. Like, literally from start to finish. It even includes a shot of their sex toys, which Graves says the WWE cameras “weren’t supposed to see any of this.” 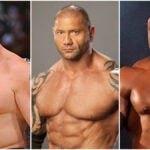 Watch the trailer via the video above. In the preview clip, Corey and Carmella go house-hunting, which is pretty much just an analysis of all the places they can have sex. They seem to settle on the shower as the home’s main selling feature.

At the tail end of the one-minute trailer, Graves implores Mella to “get [her] ass in the shower.” We told you the shower was a recurring thing. Carmella complies with Graves’ request, so long as the “motherf—ers,” the “Corey & Carmella” film crew, get out of there. Carmella allows them to catch her dropping her bathrobe, however. A parting gift, we suppose. 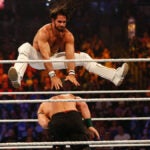 Episode 1 introduces the WWE Superstar couple and relationship podcasters as they adjust to life together in Pittsburgh.

Episode 2 is the house-hunting episode. Turns out, Graves and Carmella are not a realtor’s ideal clients.