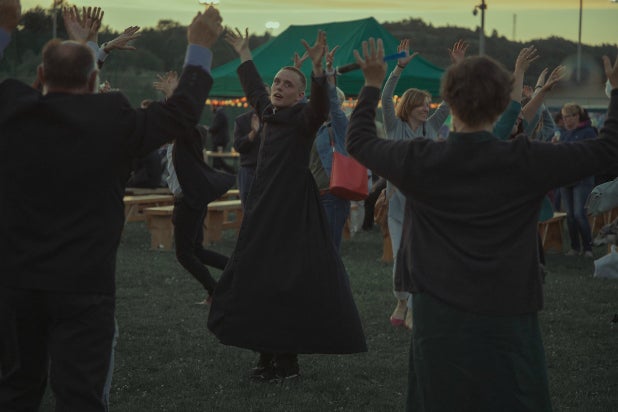 Jan Komasa’s Oscar-nominated drama “Corpus Christi” is, like many films before it, built on lies. It’s the story of an ex-con, played by Bartosz Bielenia, who dreams of becoming a priest but cannot because of his criminal past. So instead, he impersonates a man of the cloth and becomes a pillar of a small-town community.

His unorthodox approach to holiness — half plagiarized from the priest at his correctional facility, half common-sense morality — has a positive impact on his flock, so one could find themselves asking, “What’s the harm?”

As an audience, we have perhaps become a little complacent about duplicity in fiction, where it seems like half of all relationships are built on whimsical lies. They usually collapse after the inevitable revelations, only to pick themselves up and go on again like nothing ever happened. And we are expected just to be OK with that. In real life, meaningful relationships are built on honesty and trust, but in movies you can get away with anything so long as you feel really, really bad about it and promise to never do it again.

Also Read: 'Parasite' Is Getting a 400% Ticket Sale Spike From the Oscars

“Corpus Christi” is the descendant of films that find lies comforting, so long as the audience knows the liars are decent people (except for the lying part). But whereas comedies like “Hail the Conquering Hero,” “We’re No Angels” and “Mumford” make excuses for their charlatan protagonists, Komasa’s film uses duplicity as a running theme.

Ugly truths are explored, revealed, re-hidden and frequently punished in “Corpus Christi.” The set-up may be contrived, but Komasa’s execution is humane and deeply resonant. Lies are comforting but bring little joy to his parishioners, a community mourning the recent deaths of a car full of teenagers. The allegedly drunk driver, formerly a member of the community, has been essentially excommunicated: no memorial, no burial, no thought whatsoever for his grieving widow, who suffers in silence as her neighbors send threatening, anonymous letters.

Their “priest,” Daniel, is young and inexperienced, but his unusual approach is, if nothing else, a shot in the arm. With the town’s elder priest out of town, and with a new clergyman who doesn’t owe fealty to the community, the townsfolk are suddenly free to explore their bereavement in public displays of emotion. But they’re also suddenly open to scrutiny from a person in a position of moral authority who’s free to clap back at their hypocrisy.

Mateusz Pacewicz’s screenplay never loses sight of the fact that Daniel is the greatest hypocrite of all, and so is the church, and so are its followers. There is no moral authority to speak of in the world of “Corpus Christi,” just a whole lot of people who lie to themselves and others, who do good only when they’re legitimately trying their best. Komasa’s film is free from whimsy and wonder, and takes place in a wet and dreary landscape, filmed with an eye for everyday gloominess by cinematographer Piotr Sobociński Jr. (“Silent Night”).

“Corpus Christi” has all the weight of a proper parable, with a simple set-up that raises difficult questions. Bielenia carries the weight of much of the film, as a young man who has done terrible things — and who never stops doing questionable things — who wears decency around himself like a hooded cloak. He doesn’t change who he is; he just reveals that who he is was never that bad a person, and that making terrible mistakes doesn’t preclude anybody from being moral in the future. His subtle performance calls attention to just how easily we ascribe piety to those who wear the garb of the pious, and how important it is to shed our preconceptions and, perhaps, our uniforms.

And surrounding Bielenia is a cavalcade of wounded performances, as though every small character in Komasa’s film has just emerged from another, tragic drama. The solace they seek is nowhere to be found, so Daniel practically has to make it up. And when Daniel discovers that their pain is self-engineered, they have absolutely no interest in re-evaluating their own failings. After all, haven’t they been through enough?

“Corpus Christi” wisely and fascinatingly argues that nobody has been through enough, that there are no excuses, and that life itself is a never-ending hot pursuit. It’s a film that engages with the dour without becoming bitter, and a film that allows for redemption but only through the hardest possible work. It’s a film that’s built on a lie but sees only the underlying truth. What an astounding religious drama, and what a beautifully realistic morality play.