Country singer Luke Bell was been found dead on Monday, nine days after going missing near Tuscon, Arizona. He was 32.

His friend and sometimes caretaker Matt Kinman confirmed the news to Saving Country Music, which first reported it.

Bell disappeared on Aug. 20 just outside of Tucson; police told the New York Post that his body was found close to where he had disappeared. Authorities say a cause of death is still under investigation.

According to Kinman, Bell had struggled with bipolar disorder and the illness may have contributed to his behavior in the six years since the release of his third album, titled “Luke Bell.” He was never able to organize a tour for that album, and after several sporadic appearances, Bell disappeared from the public eye in 2018. 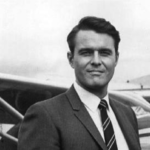 Bell eventually sought treatment for his condition, and according to Kinman, he had recently changed his medication. According to Saving Country Music, Bell’s mental health “took a turn for the worse” prior to his disappearance.

Born in Kentucky in 1990 but raised in Wyoming, Bell eventually gravitated to Austin, Texas, where he began developing a traditional country music sound. He recorded two self-released albums — “Luke Bell,” released in 2012, and “Don’t Mind if I Do” in 2014. After being signed to the label Thirty Tigers, he released his 2016 self-titled album.