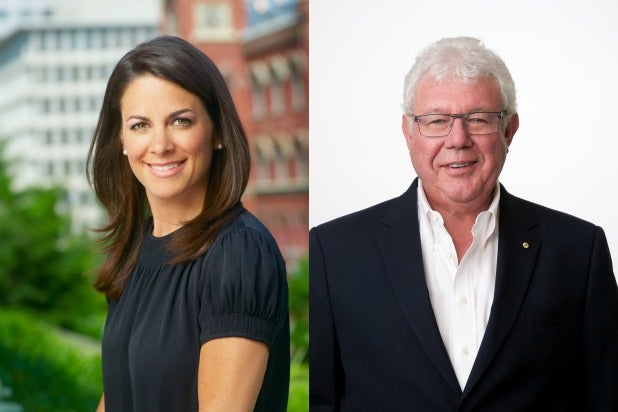 Courteney Monroe has been named CEO and David Hill chairman of National Geographic Channels U.S. They replace David Lyle, who is stepping down.

The changes come a day after Howard Owens announced he would step down as chairman at the company, a joint venture between Fox Cable Networks and National Geographic.

Hill (pictured), who currently serves as senior executive vice president of 21st Century Fox and as a member of the National Geographic Channels Board of Directors, will provide counsel to the executive and programming leadership team in his new role. He will remain a member of the NGC Board and continue to play a leadership role in the production of “American Idol.”

Lyle has served as CEO of National Geographic Channels since 2011.

“Courteney is a truly remarkable executive, with a proven track record of energizing programming brands — both here at National Geographic Channels and during her time at HBO,” Gary E. Knell, CEO of the National Geographic Society, and Peter Rice, CEO of Fox Networks Group, said in a joint statement. “She is also a proven leader, who has a clear vision of the television landscape, and we are very lucky to have her overseeing our domestic channels.”

“During my tenure as CMO at the National Geographic Channels, I have seen the power of this brand, and am excited by the opportunity to grow these networks, both creatively and commercially, for our partners and our advertisers,” said Monroe. “Being part of the team that laid such a strong foundation over the past few years has given me invaluable insight into what it is going to take to get us to the next level.”

As chief marketing officer, Monroe led the Channels’ brand and all aspects of marketing. She oversaw the campaigns to launch “Brain Games,” “Wicked Tuna,” “Killing Lincoln” and “Killing Kennedy.”

In his three years as CEO, Lyle launched “Brain Games,” “Wicked Tuna,” “Inside Combat Rescue,” “Life Below Zero” and six of the most-watched series in the network’s history. He also oversaw NGC’s first scripted show, “SEAL Team Six,” as well as “Killing Lincoln” and “Killing Kennedy” and the new “Cosmos: A Spacetime Odyssey.”

“David Lyle led National Geographic Channels U.S. through a period of tremendous commercial and creative growth, including the highest-rated period in the channel’s history,” said Rice and Knell. “We will be forever grateful to David for his efforts and we join the entire National Geographic family in wishing him the best in his future endeavors.”

“I am very happy with the success that our teams in D.C. and in the new offices in L.A. and N.Y. had in bringing a fresh era of entertainment to the traditional authenticity of National Geographic,” said Lyle. “Both Nat Geo WILD and National Geographic Channel have introduced great franchise series that stand them in good stead for the future.”

Hill joined Fox Broadcasting in 1993 as the first President of FOX Sports, and has since served as chairman and CEO of the Fox Broadcasting Company, president of DirecTV’s entertainment division and chairman and COO/executive producer of the National Geographic Channel, all while maintaining his duties at FOX Sports, where he was named chairman and CEO. As senior executive vice president of 21st Century Fox, he provides counsel to programming and production executives across the company’s vast film and television portfolio.

“Over the past several decades David Hill has continually demonstrated his unique gift for live-action and scripted storytelling,” said Rice and Knell. “His work for Fox Sports alone would fill volumes, and he will continue to be an unparalleled asset to the board, now at an elevated level, as well as an invaluable advisor to our channels team. We could not be more delighted to have his creative counsel.”