Crab Club, Inc. — the production company and creator-driven incubator co-founded by Jessica Gao, Jimmy O. Yang and Ken Cheng — has been tapped to write the script for “The Great Chinese Art Heist” for Warner Bros., according to an individual with knowledge of the project.

“Crazy Rich Asians” and “In the Heights” director Jon M. Chu is attached to direct “The Great Chinese Art Heist.”

The project is based on a GQ article of the same name by Alex W. Palmer, which centers on stolen Chinese antiquities from a string of museum art robberies. Oddly, the antiquities ended up back in China and the article questions whether the Chinese government was behind the theft. 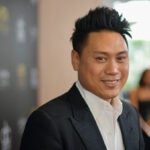 Crab Club, Inc. is currently in post-production on its debut project, “Easter Sunday,” a feature film it is executive producing in collaboration with Steven Spielberg’s Amblin Partners and Dan Lin’s Rideback, from an original screenplay by Ken Cheng. The film is inspired by the life and comedy of standup comedian Jo Koy, and is set to be released by Universal Pictures in April 2022.

Gao, who nabbed an Emmy as a writer for her work on “Rick & Morty,” is currently the showrunner and executive producer of Marvel’s upcoming “She-Hulk” limited series. 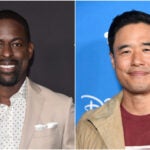 Yang is an actor, comedian and writer who played Bernard Tai in “Crazy Rich Asians” and Jian Yang on the Emmy-nominated HBO series “Silicon Valley.” He both writes for and co-stars alongside Steve Carell and John Malkovich in the Netflix original comedy series “Space Force,” which just wrapped production on its second season.

Cheng is a writer and producer who has written for “Wilfred,” “Betas” and “Sin City Saints.” Next up, Cheng will write and executive produce the half-hour comedy series “House of Chow” for HBO with Viola Davis’ JuVee Productions.