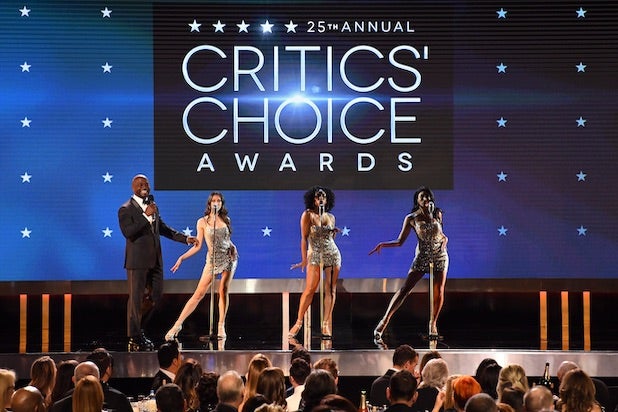 The 2021 Critics’ Choice Awards have been moved to March 7, the Critics Choice Association and the CW network announced on Wednesday.

The move was made in response to the Oscars moving from Feb. 28 to April 25, and follows similar moves from the Film Independent Spirit Awards and the EE British Academy Film Awards (BAFTA). The show will take place at the Barker Hangar in Santa Monica, and will be hosted by Taye Diggs for the third time.

Nominations will be announced on Jan. 18 for the television categories and Feb. 7 for the film categories.

With other awards shows expected to follow suit, the entire awards season is essentially shifting back two months in 2021 to give theaters more time to reopen and film studios more time to finish films that are in production.

As with the Oscars and the Spirit Awards, the Critics’ Choice Awards have also changed their eligibility dates, accepting films that are released between Jan. 1, 2020 and Feb. 28, 2021. Eligibility for television programs will still be restricted to shows that aired during calendar 2020.

Beginning in 1999, the Critics’ Choice Awards were a reliable predictor of Oscar Best Picture winners for about 15 years, but the two organizations have agreed on the top winner only twice in the last six years.