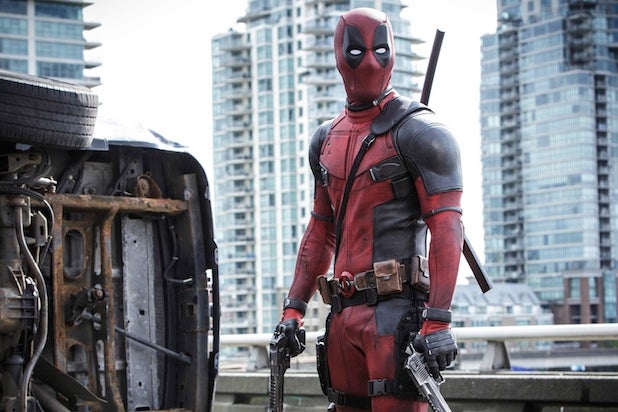 If you’re still on the fence about seeing “Deadpool” next weekend, nearly every critic who has reviewed the Marvel superhero movie is advising you to get off of it and buy a ticket.

The 20th Century Fox release, starring Ryan Reynolds as the Merc with a Mouth and directed by Tim Miller, has a stellar 96 percent “fresh” approval rating from the 27 critics counted on Rotten Tomatoes, so far. While there’s bound to be more naysayers emerging, that’s still an admirable reception.

“‘Deadpool’ hit the sweet spot of entertaining violence – there’s nothing like an R-rated superhero movie to underscore the ludicrousness of this genre’s bloodlessness – and disengaging humor,” TheWrap’s Alonso Duralde wrote in his review. “‘Deadpool’ shouldn’t work, but it absolutely does.”

Here are 7 more reasons critics think “Deadpool” is worth the price of admission.

The meta the better. This seems to be the mission statement for this horribly violent, shriekingly self-aware and macabre Marvel super-antihero movie. It’s the funniest Ryan Reynolds film since ‘Van Wilder: Party Liaison,’ and incidentally finally confirms the hall-of-fame status for Richard Curtis’s “I’m just a girl standing in front of a boy…” line from ‘Notting Hill.’ ‘Deadpool’ is dripping in irony, zinging and stinging with pop-culture gags,” Guardian critic Peter Bradshaw wrote.

2. Even the opening credits have a sense of humor.

“Even the opening credits rip the piss. No names – just ‘A British villain,’ ‘A moody teen,’ ‘A CGI character,’ ‘A gratuitous cameo’ (all of which are true, by the way), ‘Directed by an overpaid tool.’ The ‘tool’ in question, Tim Miller, has created one hell of a sick and twisted superhero film (sorry, Deadpool, but that’s what it is), along with ‘Zombieland’ writers Rhett Reese and Paul Wernick and producer/star Ryan Reynolds. Take a bow, gents,” Gamesrader critic James Mottram wrote.

3. Deadpool lives in the same universe as Bryan Singer’s “X-Men” movies, and he’s seen them all.

“It’s at its best in its moments of meta-humour — Deadpool wondering whether it’ll be James McAvoy or Patrick Stewart in charge at the X-Mansion, or bemoaning the budgetary reasons that mean the only two X-Men he ever gets to actually meet are metallic giant Colossus (Stefan Kapičić) and sullen youngster Negasonic Teenage Warhead (Brianna Hildebrand),” Empire critic Jonathan Pile wrote.

“He exists within the X-Men movie continuity, and is aware that he does, too. He also owns an action figure of the terrible 2009 movie version of himself. Fans of the earlier, more villainous Deadpool may be disappointed, but rest assured that this version is no all-out good guy either. In a moment sure to cause controversy, he encourages a cab driver to stalk a woman and murder her boyfriend, despite the fact that we’ve earlier seen him threaten to rape a pizza delivery boy for doing something similar,” Nerdist critic Luke Y. Thompson wrote.

5. The tone and structure of the movie is a major gamble for a studio, but it’s fresh.

“I salute the studio for taking this particular chance,” HitFix critic Drew McWeeny wrote. “‘Deadpool’ represents a genuine roll of the dice. Aside from the R-rating, a first for this franchise, it’s also just plain weird. Structurally, I can’t think of another film quite like it. It’s two scenes as well as some flashbacks and connective tissue. That’s it. In one scene, Deadpool attacks a bunch of cars to find a guy. The guy gets away and, in the second scene, threatens Deadpool’s girlfriend so they fight. That’s it. That’s the entire story. It is almost preposterous how little ‘plot’ there is in the film.

“The exception to the onslaught of comedy and violence comes in the early scenes between Wade and Vanessa. The pair are sexy and crazy in love, and their wild chemistry is instantly endearing. It’s also no throwaway relationship — the duo and the sweaty and sweet affection afforded them makes Deadpool the most romantic Marvel film since Steve Rogers first wooed Peggy Carter. That’s no small thing either. It ups the stakes, adds a strap-on, and makes viewers care beyond the next quip or stabbing,” Film School Rejects critic Rob Hunter wrote.

7. The soundtrack is awesome.

“Running a lean 107 minutes, ‘Deadpool’ moves quickly and there’s no fat on it whatsoever. The soundtrack is one of the strongest parts of the movie, with a synthy score by ‘Fury Road’s’ Junkie XL and tons of great sappy pop songs by the likes of Chicago and Neil Sedaka,” JoBlo critic Chris Bumbray wrote.