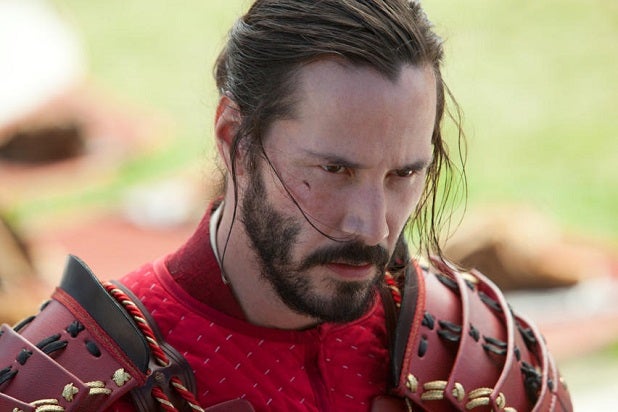 What do Keanu Reeves, Sly Stallone, Robert De Niro and Justin Bieber all have in common?

They all received the box-office equivalent of coal in their stockings from moviegoers over the long Christmas holiday. Their movies – “47 Ronin,” “Grudge Match” and the concert documentary “Believe – all tanked after opening on Dec. 25.

None of the box-office belly-flops were shocking, since none of the films came in with much critical heat or mainstream buzz, and the extremely crowded holiday marketplace only made things worse.

“Christmas is always crowded, and that’s part of the appeal for moviegoers,” said Fox distribution chief Chris Aronson, “but this year was especially so, and there was bound to be some blood-letting.”

While the jam-packed holiday slate was great for consumers and helped drive the domestic box office to a record high, it was bad news for these films. There was a similar situation this summer, when a crush of major movies drove the box office to an all-time high, but saw several tentpole movies including “The Lone Ranger” and “White House Down” fizzle.

The thud of the samurai epic “47 Ronin” was the loudest, mainly due to its budget that Universal Pictures put at $175 million. It brought in just $9.9 million for the weekend and $20.6 million for the five days. Universal saw it coming – it has a dismal 12 percent positive rating on Rotten Tomatoes — and took steps to mitigate the damage.

“We adjusted film costs in previous quarters and as a result our financial performance will not be negatively impacted this quarter by its theatrical performance,” the studio said in a statement.

It will be in the following quarter, however. And compounding the problem for Universal is that “Ronin,” which was designed to play abroad, isn’t tearing it up overseas either. Despite some solid openings in smaller markets, it underwhelmed in Japan – where its samurai story is a familiar tale – and has taken in just $22 million internationally.

Warner Bros. wasn’t expecting its boxing comedy “Grudge Match,” which targeted an older crowd, to get off to fast start, since mature moviegoers tend not to rush out for openings. But they weren’t expecting it to get its block knocked off in the first round, either.

It took in $7.3 million over the weekend and has totaled $13.4 million since opening on Christmas. The PG-13 pairing of Stallone and De Niro drew older moviegoers – the audience was 68 percent over 25 – and mainly men, just not enough of them. They gave it “B+” CinemaScore, but the $40 million comedy directed and produced by Peter Segal hardly has a puncher’s shot at profitability now.

There clearly weren’t enough motivated “Beliebers” out there to make a hit of the pop star’s concert documentary “Believe.” And a Christmas Eve message by the young singer that he was retiring did nothing to help the Open Road release.

“Believe” brought in just $2 million for the three days and $4.2 million for the five. To put that in perspective, the young pop star’s “Never Say Never” – released at the height of his popularity in 2011 — opened to $29 million in and went on to take in $73 million.