Crunchyroll announced Thursday the acquisition of Makoto Shinkai’s anime feature “Suzume no Tojimari” for all territories outside of Asia.

“Suzume no Tojimari,” which follows a 17-year-old girl named Suzume who must close various doors that are causing destruction throughout Japan, will debut in Japan on Nov. 11 this year from Toho, and will be distributed in all major territories beginning in early 2023.

Crunchyroll will handle distribution in North America, Crunchyroll is the sole distributor. The company will team with Sony Pictures Entertainment to handle Latin America, Australia/New Zealand, the Middle East and portions of Europe. The two companies will also partner with Wild Bunch International for French- and German-speaking Europe. 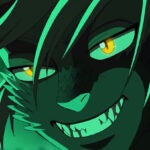 Writer-director Shinkai has garnered great acclaim for his work in animation, including 2016’s “Your Name” and 2019’s “Weathering With You,” which was selected as Japan’s entry for the Best International Feature Film category at the 2020 Academy Awards.

“It’s with humility and honor that CoMix Wave Films, Makoto Shinkai, and TOHO have decided to partner with Crunchyroll on the next masterpiece,” Crunchyroll President Rahul Purini said in a statement.  “It’s also an incredible opportunity to work with our partners at Sony Pictures Entertainment and Wild Bunch International to co-distribute this film across a wide swatch of territories. We know both animation fans and general audiences will fall in love with this prestigious film, and we can’t wait to see the world’s reaction and reception to it in cinemas, festivals and for awards consideration.”