Cuba Gooding Jr. pleaded guilty on Wednesday to one count of forcible touching, the top count in a criminal case stemming from accusations made from three women about his behavior at a Manhattan nightclub.

He will serve no time if he abides by the terms of the plea deal, according to court documents obtained by TheWrap. He must continue the alcohol and behavior modification treatment he began in 2019 for six more months and have no new arrests, at which time he will also be able to replead to the lesser charge of harassment in the second degree, with a sentence of time served. If he violates these terms, he faces up to a year in jail.

Gooding admitted to forcibly kissing a woman at the nightclub in September 2018 and admitted to subjecting two other women to non-consensual physical contact in October 2018 and June 2019.
ADA Coleen Balbert thanked the judge for “sparing complainants from having to testify at trial and being subject to cross examination.” Balbert will also review monthly reports about the actor to make sure he is in compliance with his treatment. 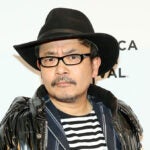 The Oscar winner was arrested and released in June 2019 after a woman told police Gooding squeezed her breast without her consent. Two more women then came forward with multiple accusations of inappropriate touching.

Gooding’s trial has been delayed several times. He is due back in court Oct. 13.