CNN’s Chris Cuomo interviewed a business owner who only wants unvaccinated people to dine in his restaurant Wednesday and ended up calling him an idiot to his face.

Tony Roman, owner of Huntington Beach’s Basilico Pasta e Vino, insisted during “Cuomo Prime Time” that his stance was not “an anti-vaccine stand,” but rather, a “pro-freedom stand” that doubles as “an IQ test.”

“Like I say to people when they ask me if they’re so blinded with their rage and hate, I tell them, ‘You know what? If you don’t understand it, maybe we should put up a sign that says you’re too stupid to come into the restaurant.'” 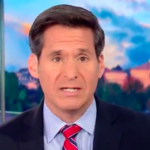 Roman revealed he has not been vaccinated and told Cuomo he’s “failing the IQ test.”

“Honestly, you sound like an idiot,” said Cuomo, prompting the restauranteur to respond, “And so do you.”

Watch the entire segment above, via CNN.