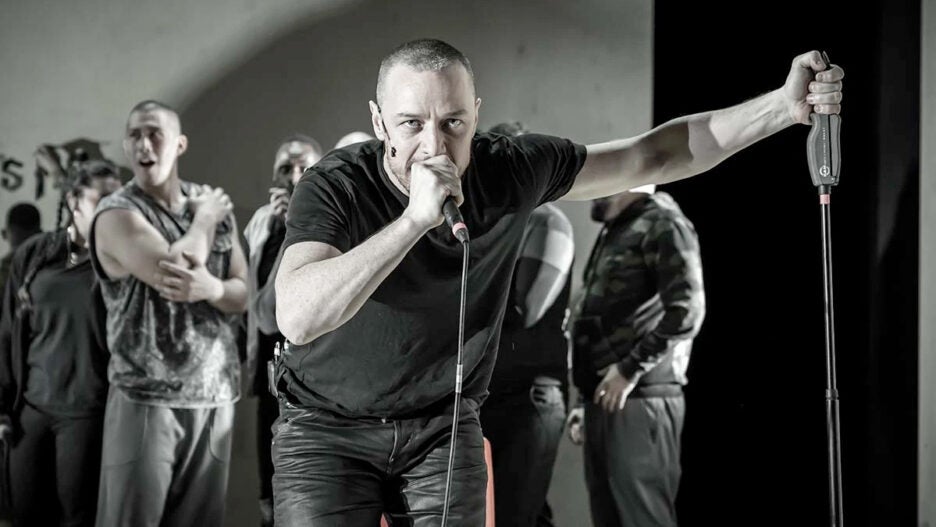 When great actors play the subtext of a classic, sometimes wonderful and sometimes strange things happen on stage. Actually, the subtext in Martin Crimp’s new version of “Cyrano de Bergerac” is the text. What’s transpires on stage at BAM’s Harvey Theatre is the bare bones of Edmond Rostand’s original story about a facially challenged man who speaks and writes poetry so that another man, Christian, can be loved by the gravely deceived Roxane. The Jamie Lloyd Company’s production of Crimp’s “Cyrano de Bergerac” made its American debut Thursday.

Crimp’s very modern version abounds in the usual four-letter words, used for easy comic effect. More obtrusive and even less insightful are all the references to cultural appropriation, the male gaze, gender fluidity, political correctness and other indications that we’re more in the year 2022 than the year Rostand wrote the play, 1897, or the year in which he set the play, 1640. Although there’s a lot of talk about poetry in Crimp’s version, there’s not much verse. Take the scene where Cyrano (James McAvoy) is frustrated with Christian (Eben Figueiredo) and the mangling of his poetry, so he pushes him aside to speak directly to his beloved Roxane (Evelyn Miller) in the darkness. Under the direction of Jamie Lloyd, the extended moment plays like phone sex. Very hot phone sex.

Although this “Cyrano” clocks in at three hours, Crimp and Lloyd’s method is to strip the play down, way down. The staging is more like a reading where all the actors are off book. Sometimes they address each other by staring out into the audience. Sometimes they make eye contact to deliver a scene. Sometimes they hold mics. Something they toss the mics, which are the production’s major props. The actors use the various mics with their long chords every bit as effectively as Judy Garland or Frank Sinatra, who was the first to give the device a phallic significance. Those bobbysoxers were screaming more for his fondling of the microphone than his singing. 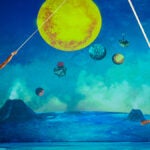 This “Cyrano” makes two things very clear: The love story is really between the two characters that spend the most time together, Cyrano and Christian, and Roxane ends up feeling used.

To put it another way, imagine Brando’s Stanley Kowalski pursuing the young Glenda Jackson with Andrew Garfield fluttering around them. Miller’s aggression ends up pushing Figueiredo’s flighty Christian into the arms of McAvoy’s hot-tempered and, at times, brutish Cyrano. It’s really quite a retro take on this famous trio: A strong woman drives two men to go gay.

Certainly there’s a lot of masochistic energy in Rostand’s original play. Taken to the extreme as it is here, Roxane becomes almost superfluous. Of course, this is 2022 and Roxane must show her independence, but to use an old politically incorrect word, this character has been turned into a real ball-buster, and the play dies when Christian is killed.

The final scene of Rostand’s original is a sure-fire tearjerker. McAvoy and Miller don’t go there with it. Instead of realizing what she has lost, this Roxane is royally pissed off at being deceived. Who can blame her? Unexplored is what’s implicit in Rostand’s original. Roxane bears some responsibility for the tragedy. 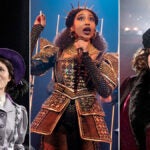 Also Read:
Women Are Finally Finding a Voice on New York Stages, From ‘Six’ to ‘Suffs’ (Guest Blog)
BIO By Robert Hofler
Robert Hofler, TheWrap's lead theater critic, has worked as an editor at Life, Us Weekly and Variety. His books include "The Man Who Invented Rock Hudson," "Party Animals," and "Sexplosion: From Andy Warhol to A Clockwork Orange, How a Generation of Pop Rebels Broke All the Taboos." His latest book, "Money, Murder, and Dominick Dunne," is now in paperback.