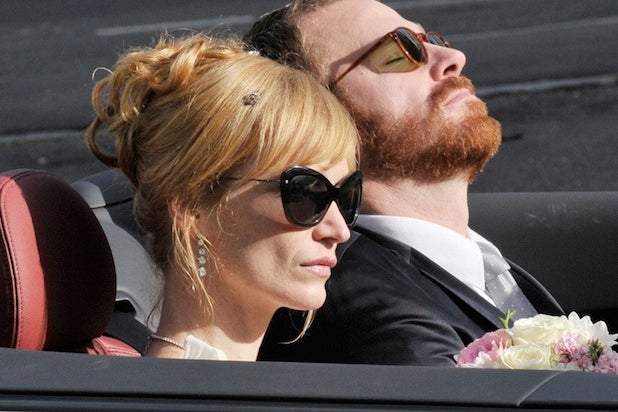 Three vibrant international film scenes will be showcased in Los Angeles in the next month, with March and April film festivals devoted to the cinema of the Czech Republic, India and France.

The Czech That Film festival, which will travel around the country after Los Angeles, kicks off Thursday on the USC campus.

Two weeks later, the 12th annual Indian Film Festival of Los Angeles will bring almost three dozen films to the Arclight in Hollywood for a six-day event that begins on April 8. And on April 21, the City of Lights, City of Angels program will feature a week of French film premieres in Hollywood — with participating films scheduled to be announced on April 1.

Also read: 5 Burning Questions Before the Cannes Lineup Is Revealed

Czech That Film will launch its nationwide tour with a Thursday screening of “Honeymoon” (photo above), the latest film from one of the most honored Czech directors of the last two decades, Jan Hřebejk. The story of a mysterious guest who disrupts a wedding celebration as he gradually reveals secrets, the drama won Hřebejk the best director award at last summer’s Karlovy Vary Film Festival.

Other films screening in Los Angeles include “Don Juans,” the latest from veteran director Jiri Menzel (the Oscar-winning “Closely Watched Trains”); Milan Cieslar’s “Collette”; Zdenek Tyc’s “Like Never Before”; and the world premiere of Roman Kasparovsky’s “Lousy Bastards.” Kasparovsky will be in attendance at his screening, as will Hřebejk on opening night.

The festival is organized by the Czech Consulate in Los Angeles and the Czech Center in New York, working with the USC School of Cinematic Arts. All screenings are free, but reservations are required at http://cinema.usc.edu/CzechThatFilm.

The Indian Film Festival of Los Angeles, which is celebrating its 12th year, will feature films in 10 different languages and several different countries. It will open with Jeffrey D. Brown’s “Sold,” an adaptation of Patricia McCormick’s novel executive produced by Emma Thompson. The festival will close with Amit Gupta’s culinary comedy “Jadoo.”

The lineup features six world premieres, including the documentary “The Auction House: A Tale of Two Brothers”; the North American premiere of Anurag Kashyap’s “Ugly,” which premiered in the Directors Fortnight section of last year’s Cannes Film Festival; the Los Angeles premiere of “Qissa: The Tale of a Loney Ghost,” directed by Anup Singh and starring Irrfan Khan (“Slumdog Millionaire,” “Life of Pi”); and the Bollywood by Night series, which will showcase the anthology film “Bombay Talkies” and the action film “Monsoon Shootout.”

Passes are currently on sale at the festival website.

And the City of Lights, City of Angels program will take place on April 21-28 at the DGA building on Sunset Blvd. in West Hollywood, with a week of exclusive premieres of new French films.  It also includes the COLCOA Awards and other programs designed to showcase French cinema in Hollywood.

The program will be announced on Tuesday at a press conference at the Residence of France in Beverly Hills.