Rapper DaBaby has been dropped from Sunday’s Lollapalooza lineup at Chicago’s Grant Park following homophobic remarks he made last weekend at the Rolling Loud festival in Miami.

“Lollapalooza was founded on diversity, inclusivity, respect and love. With that in mind, DaBaby will no longer be performing at Grant Park tonight. Young Thug will now perform at 9:00pm on the Bud Light Seltzer Stage, and G Herbo will perform at 4:00pm on the T-Mobile Stage,” the festival posted on its official Twitter account.

On Monday, Kirk attempted to explain his comments in a lengthy Instagram Stories video. “I’m gonna address this weak-ass internet s— one time, and then I’mma get back to giving my love to my fans, ’cause what me and my fans do at the live show, it don’t concern you n— on the internet or you bitter b— on the internet,” he began.

“All the lights went up – gay or straight – you wanna know why?” he continued. “Because even my gay fans don’t got f—ing AIDS, stupid ass n—. They don’t got AIDS. My gay fans, they take care of themselves. They ain’t no nasty gay n—, see what I’m saying? They ain’t no junkies on the street.”

He said his crowds put their phones in the air because, “my gay fans, they ain’t going for that. They got class, n—. They ain’t sucking no d— in no parking lot, n—. You gotta get a room, a good one, five-star hotel, or wait ’til they go to the crib. … If they a fan of me, they going for some big dog s—. We ain’t just going for nothing. Even my gay fans got standards!” 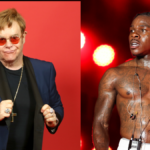 But artists like Dua Lipa, Megan Thee Stallion, Elton John, Madonna, Questlove and Lil Nas X were not buying his explanation and were among those who condemned his rant.

“I’m surprised and horrified at DaBaby’s comments. I really don’t recognize this as the person I worked with.” Dua Lipa wrote in an Instagram Stories on Tuesday about the comments made by her former collaborator.

And John wrote in a lengthy thread that he was shocked by Kirk’s “misinformation and homophobic statements…This fuels stigma and discrimination and is the opposite of what our world needs to fight the AIDS epidemic.”

He added, “Homophobic and HIV mistruths have no place in our society and industry and as musicians, we must spread compassion and love for the most marginalised people in our communities. A musician’s job is to bring people together.” 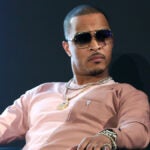