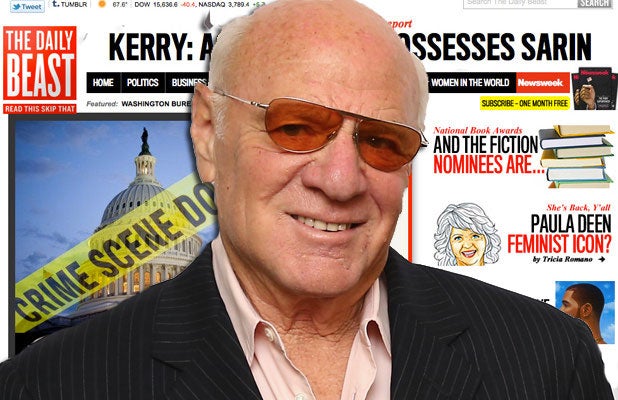 Barry Diller does not intend to shut the Daily Beast, but is looking to make the site much more digitally savvy going forward, TheWrap has learned.

According to a highly-placed insider, Diller still very much believes in DB and its potential for success, but wants it to lose its print magazine-like feel and become a truly web native enterprise. He’s looking for an editor in chief with digital chops, and will almost definitely choose him or her from DB’s ranks, the individual said.

Another individual with knowledge of IAC’s plans told TheWrap that Diller is doing more than hoping DB will continue — he’s planning on it. (Update: DB has now confirmed TheWrap’s scoop)

“We’re all anxiously awaiting this tumultuous chapter to end and the new one to begin,” one DB staffer told TheWrap.

The employee admitted that the newsroom was initially unsure if there would even be a new chapter: “We were all pretty uneasy with the Tina news and Barry’s letter,” the employee said. “But the new leadership has assured us things are headed in the right direction.”

Tina Brown announced her departure last week after the news broke that her contract with Diller’s IAC would not be renewed. As DB’s creator and editor-in-chief since the site began in 2008, Brown was very much the publication’s public face, many speculated that her exit would also mark the end of the website. In a memo sent to DB staffers, Diller said, somewhat ominously, “I can’t make promises for the future.”

Diller added “I’m hopeful we can continue to publish the Beast with as much energy, verve and moment as Tina has given us. What I can promise is that we will come to a conclusion by the first week in October.”

Managing director Deidre Depke and executive editor John Avlon are currently serving as DB’s interim editors in chief; Diller may well chose one of them.

Rhona Murphy, currently the outlet’s interim CEO, is likely to become permanent in that position.

According to a former Newsweek-DB employee TheWrap spoke to in July, the website’s shift has been in the works for some time. High profile and expensive talent that had been brought on as part of Brown’s NewsBeast vision — Megan McArdle, Howard Kurtz and Andrew Sullivan, for example — were “bolting or trying to bolt,” but people firmly on the Daily Beast side were generally still happy there. The Newsweek-NewsBeast idea was effectively dead, but Daily Beast was very much alive.

Brown and Diller launched Daily Beast in 2008, but the publication never made money, despite their perpetual belief and insistence that profitability was just around the corner. Once DB was saddled with money-losing print weekly Newsweek in 2010, that became even less likely.

With Newsweek sold off to IBT Media and Brown and her spend-happy ways out, DB has its best (and perhaps last) chance to turn things around.

“We’re excited for and confident in the new leadership,” the employee said. “And we’re ready to get back to covering the news, not making it.”

IAC did not respond to TheWrap’s request for comment.