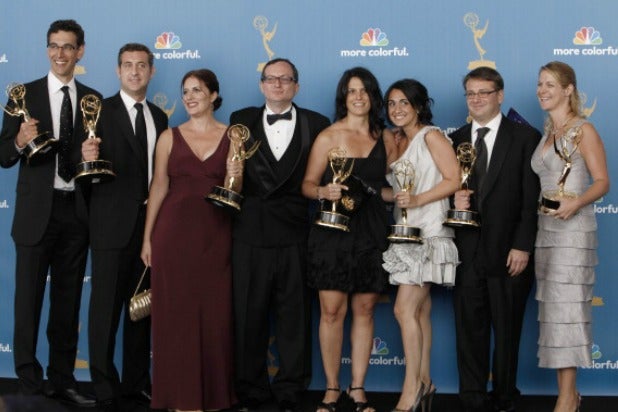 Lieb, who joined the “Daily Show With Jon Stewart” in 2006, will be a producer on both “Late Night with Jimmy Fallon” and “The Tonight Show Starring Jimmy Fallon.” He won his Emmys as a writer and executive producer of “The Daily Show.” He also won a Writers Guild Award for his work on the Comedy Central series.

Lieb was also an executive producer of the 2010 rally “The Rally to Restore Sanity and/or Fear” in Washington.

He replaces Amy Ozols, the longtime “Late Night” producer who was named Fallon’s “Tonight Show” producer in June. No reason was given for her exit.

The South Carolina native also wrote the young adult novel “I Am a Genius of Unspeakable Evil and I Want to Be Your Class President.” He has also written and directed four comedic shorts for Matt Damon‘s clean water and sanitation charity, water.org.

(For the record: A previous version of this story erroneously gave Lieb’s title as executive producer.)