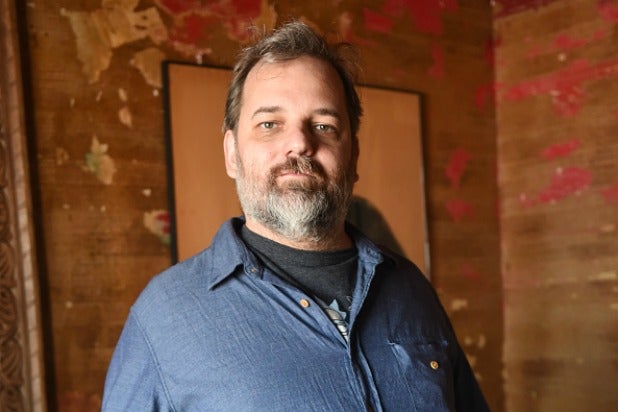 “HarmonQuest” is back for Season 2, although series creator Dan Harmon wouldn’t mind a name change.

Harmon and co-star Spencer Crittenden initially wanted a moniker that references “HarmonTown,” his podcast that featured a segment in which the two played Dungeons & Dragons. But now they wonder if the audience is limited by the name in the title.

“There’s a lot of people who are like, ‘I don’t know who you are, but this thing is pretty neat,'” Crittenden told TheWrap.

Harmon added, “That would seem to suggest — and I did have this feeling right around zero hour — that ‘HarmonQuest’ probably should have been a working title. It was a working title because we thought, ‘Well, we play Dungeons and Dragons on the podcast — it’s called HarmonTown. Let’s have the built-in audience.'”

“HarmonQuest,” which combines animation with live-action improv, is now available for streaming on VRV. Its first season aired on the now-defunct Seeso.

“Right before we started making it for Seeso, I was thinking, ‘Yeah, we should have just called it something else, but it’s too late,” Harmon explained. “[Seeso will] feel like they’re changing something that’s already [working].'”

Harmon pointed out that he doesn’t want viewers to think they need to already be fans to enjoy the show.

“Drew Carey warned me once, ‘Just don’t ever call the show yourself because then you get canceled — no matter how well you do, you eventually get canceled,'” the “Community” creator said. “It’s your name, people are talking about you when they write into TV Guide, and you’ll lose your mind.”

Harmon co-stars on the show with now ex-wife Erin McGathy, and the pair are on good terms, although things were tense while filming the first season in the midst of finalizing the split.

“Having this show is such a great divorce aid because it reminded the two of us that we always got along as friends,” Harmon said. “Season 1, you can watch us — if you’re reading between the lines and you watch us, there’s a little friction there. We’re coming to work on Season 1 from some of the most devastating conversations a couple can have.”

That said, the arrangement can lead to a bit of awkwardness for the “Ricky and Morty” co-creator as he continues to move forward.

“If there’s an emotional challenge, it’s just like, ‘Off I go to work with my ex-wife,’ explaining that to your girlfriend,” he said. “It’s nothing catastrophic — it’s just the biggest challenge.”

Now that Season 2 has managed to find a new home, could a third round be in the cards?

“It better be!” Harmon said. “It’s in VRV’s hands now. We’re certainly grateful and relieved that our orphan got adopted. They’ll watch the numbers — it’s their product. They own it, so it’s all up to them. I hope and pray. I would love to watch this show go for a thousand seasons because it would only get cooler and cooler, watching characters either die or level up.”