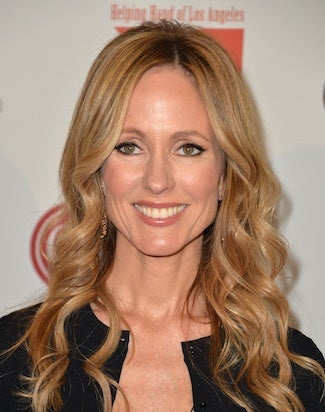 Fox television studios co-head Dana Walden is a definite frontrunner to replace exiting Fox chairman Kevin Reilly, but would she take the job?

Individuals with knowledge of Dana Walden’s thinking told TheWrap that Walden considers replacing Reilly a lateral move for her, at least in the form that the job was under Reilly.

Walden, who has run the studio for about 15 years, isn’t in a hurry to leave her top job at 20th Century Fox Television.

So, what would Walden want? If she were to take Reilly’s job, Walden wants to run both the Fox Broadcasting Co. and keep at least some of her oversight at the studios.

Running both business units isn’t an impossible goal. After all, Sandy Grushow headed both Fox network and Fox studios in the late-’90’s. Also, Anne Sweeney held a similar role over at Disney-ABC.

A representative for Walden and Fox Broadcasting Co. declined to comment for this story.

As the race to replace Reilly is still on, another insider told TheWrap that Fox is looking for candidates outside the company. If true, that would make former Fox executive Gail Berman, who recently separated from her business partner Lloyd Braun, as the leading candidate for the top job.

But, others say that the search for a candidate does include internal and external candidates and that Walden is a clear frontrunner, along with Fox COO Joe Earley and FX president John Landgraf.

The announcement of Reilly’s departure on Thursday came as a surprise to many at Fox. Another network insider at Fox told TheWrap that it’s “pretty clear that his exit had been discussed for a while.” Reilly had told people who were close with him that he was tired of the network grind and did not intend to remain through the end of his contract.

Because he is staying on until the end of June, there is a belief that Peter Rice, chairman and CEO of Fox Networks Group has made his choice and is counting on a smooth transition.

Not everyone, though, thinks there’s a done deal. “It’s a dynamic situation,” said one of the insiders. “I assume Peter has a plan and that we’ll all hear about it in due course.”