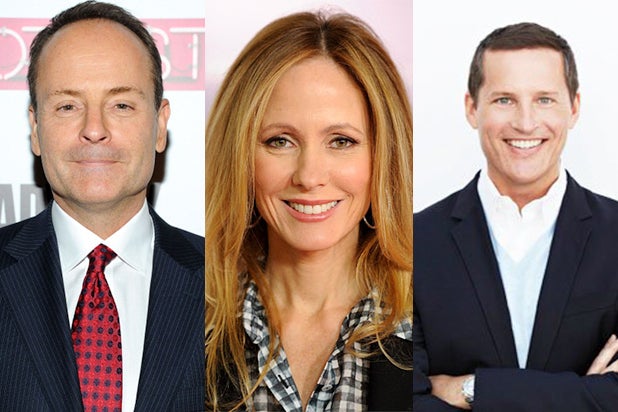 Fox is looking outside the network to replace Kevin Reilly, an individual with knowledge of the network’s thinking has told TheWrap.

Top executives from within the Fox family including COO Joe Earley and FX President John Landgraf immediately became objects of speculation. Earley has been promoted aggressively within the network and has been there for more than a decade. Landgraf, having built shows like “Sons of Anarchy,” “Justified” and most recently “Fargo,” is one of the most successful programming executives in the television industry.

But TheWrap has learned that Earley is not getting the position, and it appears that Landgraf isn’t either.

Earley has relatively little programming experience. Landgraf is passionate about FX but not so much about the reality programming that is a huge part of the leading position at the Fox network.

Dana Walden, who runs Fox television studios 21st Century Fox with Gary Newman, has long been known to covet the top programming job at Fox. She would seem to be a strong candidate. An individual with knowledge of Walden’s thinking said that she would regard the Reilly job as a lateral move, and was interested in oversight of multiple business units.

Who else? Former Fox executive Gail Berman, recently separated from her partner Lloyd Braun, is one strong possibility, as is Walden.

As Hollywood buzzed about the sudden change on Thursday, many noted that running a broadcast job has become a punishing assignment and perhaps not as appealing as, say, running a premium cable channel or a burgeoning online network. “Given the challenge to the broadcast network business, if you have a great job I don’t think it’s something that’s necessarily more appealing,” said one knowledgeable insider.

Peter Rice is a supreme poker player, and he has not revealed his cards to his executives yet. Many were surprised at the news of Reilly’s departure on Thursday, although Reilly had told people who were close with him that he was tired of the network grind and did not intend to remain through the end of his contract.

But because he is staying on until the end of June, most bets inside the network are that Rice has made his choice and is counting on a smooth transition.

Not everyone, though, thinks there’s a done deal. “It’s a dynamic situation,” said one of the insiders. “I assume Peter has a plan and that we’ll all hear about it in due course.”