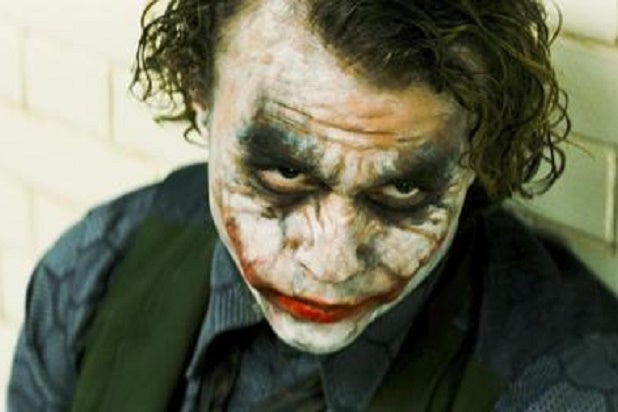 Best picture nominations, that is, from the Producers Guild Awards. Not the Oscars.

Sure, the Academy changed its rules in the aftermath of the notorious 2009 snub of “The Dark Knight” in an attempt to increase the likelihood of well-reviewed commercial hits landing nominations for the top category, but the change has mostly resulted in nominations for even more little indie films, not more big studio ones.

And if this year’s biggest hit, “Black Panther,” doesn’t get a nomination in the top category this January, the Academy will find itself asking the same question it asked in 2009, when “The Dark Knight” ($533 in domestic grosses, 94 percent positive on RottenTomatoes) found itself excluded from a Best Picture lineup made up of “Slumdog Millionaire” ($45 million, 91 percent), “The Curious Case of Benjamin Button” ($104 million, 72 percent) “Frost/Nixon” ($9 million, 92 percent) “Milk” ($21 million, 94 percent) and “The Reader” ($8 million, 62 percent).

The question: If the biggest critically-acclaimed hits aren’t in the running at the Oscars, how can they expect movie fans to tune in?

It’s far too early to say that “Black Panther” will fall by the wayside when Oscar voters cast their ballots in early 2019. After all, Ryan Coogler’s superhero film is not just a hit on the verge of passing $700 million in the U.S., it feels like a cultural landmark, in the same way that Jordan Peele’s hit horror film “Get Out” was last year.

It would be foolish to rule “Panther” out without seeing its competiiton, just as it would have been foolish to do the same at this time last year with “Get Out,” which went on to land four nominations, including Best Picture and Best Director. (Writer-director Jordan Peele won one, for his original screenplay.)

But the story of “The Dark Knight” is an instructive one, and a lesson in how the best-laid plans of the Academy’s Board of Governors can go awry.

The film, the second in Nolan’s Batman trilogy, was not only a huge blockbuster but a critical success, racking up rave reviews and nominations or wins from the Directors, Producers and Writers Guilds, the Critics’ Choice Awards, AFI, the National Board of Review and many others. And actor Heath Ledger, who played the Joker, posthumously ran the table, winning virtually all the supporting-actor awards that could be won.

But the film wasn’t nominated for Best Picture and the 2009 ceremony drew fewer than 37 million viewers, which at the time made it the third-smallest audience ever measured for an Oscar ceremony.

In its aftermath, the board came up with a radical idea: Why not expand the Best Picture field to 10, the way it had been in the 1930s? With a larger group of nominees, went the reasoning, critically acclaimed blockbusters like “The Dark Knight” were sure to make the cut, and more people might tune in to the annual telecast.

For one year, it worked. The following year’s nominees included three of 2009’s Top 10 films at the boxoffice — “Avatar,” “Up” and “The Blind Side” — and ratings also went up. And while “Avatar” would almost certainly have been a nominee if the category hadn’t been expanded, the Pixar film “Up” and the Sandra Bullock vehicle “The Blind Side” were likely beneficiaries of the larger field, along with smaller films like “An Education” and “A Serious Man.”

Also Read: We Chatted With a Batman Historian About 'Lego Batman' and the Dark Knight's Future

The next year, two of the Top 10 films, “Toy Story 3” and Nolan’s “Inception,” made the Best Picture roster; both were likely included because of the expanded field, but TV ratings fell by almost 4 million.

And the Academy then tinkered with the rules again, moving from a flat 10 nominees to a variable number between five and 10. The change included a new system of counting votes that eliminated the multiple rounds of ballot redistribution that allowed consensus films to secure nominations. Essentially, it hurt films that lots of people liked in favor of ones that a smaller number of people loved.

In the seven years since then, only three films that finished in the Top 10 at the yearly box office — “Gravity” in 2013, “American Sniper” in 2014 and “The Martian” in 2015 — were even nominated for Best Picture. And those three would have arguably been in the running even in a field of five; the films that benefited from the extra nomination slots were more likely to have been the likes of “Amour,” “The Tree of Life,” “Winter’s Bone,” “Nebraska,” “Philomena,” “Whiplash,” “Brooklyn,” “Room,” “Hell of High Water,” “Call Me by Your Name” and “Phantom Thread.”

In other words, a change designed to open the Oscars to more variety and more commerciality instead delivered … well, more of the same.

Curiously, though, the Producers Guild expanded its own top category from five to 10 nominees as soon as the Academy did — and in the years since then, the PGA (which didn’t change to a variable system when the Academy did) has nominated a string of $100-million-plus grossers that the Oscars ignored: “Star Trek” in 2009, “Bridesmaids” and “The Girl With the Dragon Tattoo” in ’11, “Skyfall” in ’12, “Gone Girl” in ’14, “Straight Outta Compton” in ’15, “Deadpool” in ’16, “Wonder Woman” last year.

That leads us to “Black Panther,” which has the feel of a sure-thing PGA nominee but a questionable Oscar contender. Already, many inside the Academy are wondering anxiously if the membership — which has gotten significantly less Hollywood-centric after three years of record-breaking and globally-focused new invitations — will ignore the big movies that could boost Oscar ratings in favor of the little ones that couldn’t.

(Of course, many voters might well argue that box-office returns should be irrelevant to the consideration of quality.)

On the board, ideas have been tossed around to bring in more commercial films. But almost everybody knows that going the Golden Globes route (separate drama and comedy/musical categories) or other, more drastic moves could make the Academy look desperate or raise other, perhaps unforeseen issues.

But with the last three Oscar telecasts drawing fewer viewers than that 2009 show that led to the rule change, maybe Academy board members (and ABC) are just desperate enough.

Still, given the legacy of “The Dark Knight,” who’s to say it’d work?