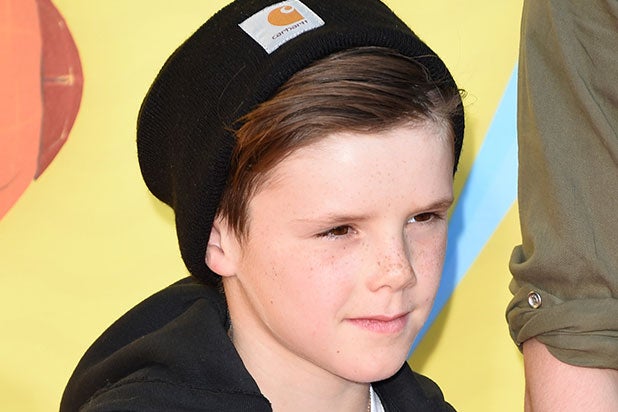 Following the release of “If Every Day Was Christmas” by David and Victoria Beckham’s 11-year-old son, Morgan savaged Cruz’s parents, accusing them of “pimping out” their offspring.

“Morning. I’ve had time to reflect on my criticism of the Beckhams pimping out Cruz, 11, to pop,” Morgan tweeted Thursday. “And I now think it’s even more repulsive.”

The message came a day after Morgan wrote a poison-pen column about Cruz Beckham’s budding music career for the Daily Mail.

“There’s just one problem with all this: Cruz is only 11 years old and has absolutely zero proper musical training or experience,” Morgan wrote of the “carefully planned global launch” of the single. “He’s only been able to release such a high profile pop record — all in the name of ‘charity,’ naturally — because his parents are David and Victoria Beckham.”

Morgan then aimed his wrath at the soccer star and former Spice Girl.

“Now, nobody bows to the ruthless, publicity-grabbing skills of that couple more than me,” Morgan continued. “They’re shown themselves to be the very best in the history of Planet Earth at turning their limited talents — he was a good, not great footballer, she was a very mediocre but entertaining singer — into a global brand worth hundreds of millions of dollars.”

Morgan claimed via his Twitter account that he had received heavy high-profile, though private, support for his stance on the 11-year-old’s singing career.

“Getting a LOT of famous people contacting me privately to say they agree 100% with my Beckham column,” Morgan tweeted. “Interesting.”

Still, not everyone gave Morgan kudos for the column.

“Is there a bigger hypocrite on the planet than @piersmorgan slagging Beckham for playing the fame game — where does Piers make his coin?” one critic tweeted at him.

The single, which benefits the charity Global’s Make Some Noise, prompted some listeners to suggest that Beckham could be the next Justin Bieber — though, judging from the way Morgan is pooh-poohing him, he might just be the next Madonna.

Getting a LOT of famous people contacting me privately to say they agree 100% with my Beckham column. Interesting. https://t.co/vU9fPGgA1R

Morning.
I’ve had time to reflect on my criticism of the Beckhams pimping out Cruz, 11, to pop.
And I now think it’s even more repulsive.