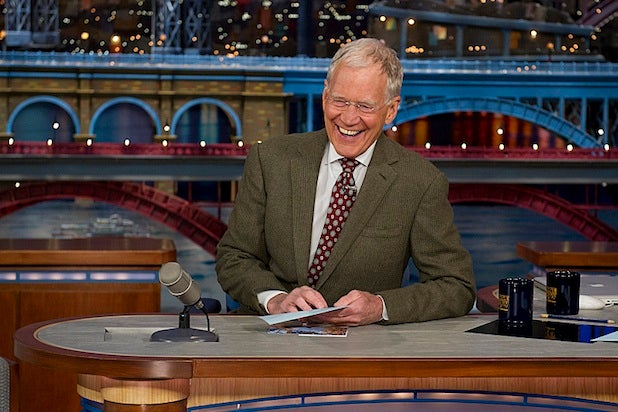 David Letterman took to the stage of Carnegie Hall for what will probably be his final upfront appearance to CBS’s advertisers — and recalled a “two-day, 48-hour telephone fight” with network CEO Les Moonves.

After Moonves introduced him as part of CBS’s annual presentation, Letterman said the fight broke out soon after Moonves joined CBS in 1995.

Letterman said he was convinced at the time that anything wrong with CBS was Moonves’ fault. Moonves asked Letterman point-blank if he had a problem with him, and Letterman sheepishly said no, Letterman recalled.

“I go home and now, I can’t sleep because it’s one of those things,” Letterman said. “‘I shoulda said… I shoulda told him…'”

The next morning he called Moonves.

“That began a two-day, 48-hour telephone fight,” Letterman said. The two would snap at each other and slam down their phones.

At one point, Letterman recalled saying, “Les, I just had heart surgery and the cardiologist said, ‘Dave, you have a brand new life. Don’t waste a second of it.’ And I slammed the phone down on Les.”

But despite the bad blood, Letterman and Moonves made up through patience and forgiveness. Now they’re on great terms, Letterman said.

“He has been nothing but supportive,” Letterman said.

Moonves praised Letterman as a legend after he announced his plans to retire next year. He will be replaced by Stephen Colbert.

Letterman also told a joke very similar to one Conan O’Brien told at the Turner upfront Wednesday morning. He said he saw Cardinal Timothy Dolan backstage, and that Dolan gave him some advice.

“He said just be careful, because life is like an elevator ride with Beyonce’s sister,” Letterman said.

Those were the highlights of a presentation where Moonves and CBS entertainment chief Nina Tassler largely repeated their points from a presentation Monday morning where they told reporters about their upcoming fall lineup.

CBS slipped from No. 1 to No. 3 in the key 18-49 demographic this season, but remains tops in total viewers. Moonves and Tassler have made the case that their 2014-15 lineup is based on stability. The network is adding just five new dramas and one new comedy, and using established hits as lead-ins.