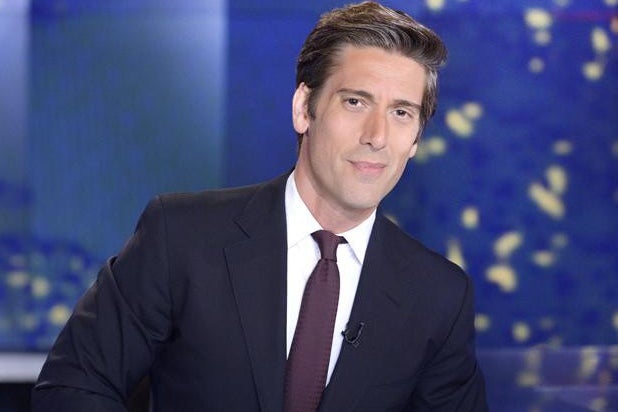 David Muir officially took over Diane Sawyer’s seat at the ABC evening news desk on Labor Day, and handed the network a holiday ratings victory. However, by day two, that was no longer the case.

While Muir’s viewers increased on Tuesday night for his second day on the job, the ratings lagged behind his key competitor, “NBC Nightly News,” which saw a greater increase following the holiday weekend.

Still, the network isn’t celebrating the win or panicking about falling back behind NBC and is instead looking towards the future. “No one’s attaching any importance to either night at ABC. There’s a very long road ahead,” an ABC insider told TheWrap.

On Monday for Muir’s debut, “ABC World News Tonight” pulled in 7.42 million total viewers, 1.797 million in the key 25-54 demo, topping the competition by both metrics.

To be fair, both NBC and CBS were retitled on Monday due to the Labor Day holiday, so that night is not included in season averages. ABC chose to be rated, but technically neither of the other nets’ numbers count. NBC was also impacted by sports in several markets.

On Tuesday, “World News” pulled in higher numbers than the previous night — 7.868 million total viewers, 1.894 million in the demo — but took its typical spot in second place as the others rebounded to normal numbers.

“Nightly” is the usual champion of the night and the NBC news show has also been the frontrunner in the key demo for years. The Brian Williams show has won in total viewers for 259 consecutive weeks, and in 306 of the past 307 weeks.

However, ABC has  been strong this summer, winning the past four weeks in a row, eight of the past nine, and 14 of the past 21.