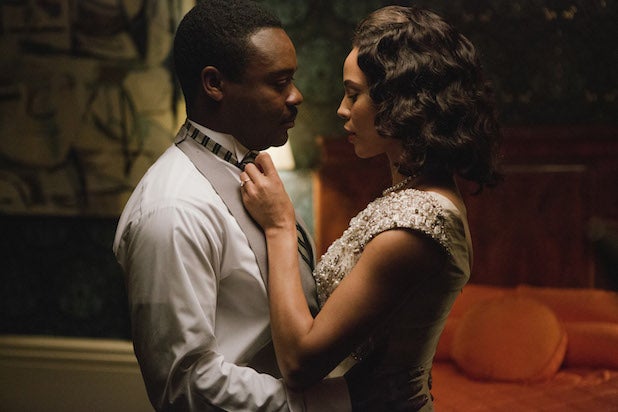 The Paramount film stars David Oyelowo as Dr. Martin Luther King, Jr. in a biopic narrowly focused on the fight for equal voting rights that culminated with the epic march from Selma to Montgomery, AL in 1965. Due out on Christmas Day, the movie is directed by Ava DuVernay, a Sundance winner for “Middle of Nowhere.”

“Selma” is a hotly anticipated movie that has finally risen out of development hell, emerging with a star-studded cast that includes Oprah Winfrey, Common, Wendell Pierce, Carmen Ejogo as Coretta Scott King and Tom Wilkinson as President Lyndon Johnson, who signed both the Civil Rights Act of 1964 and the Voting Rights Act of 1965.

It is perhaps the first marquee biopic of MLK Jr., and follows the success of last year’s “The Butler” (the director of which, Lee Daniels, was once slated to direct “Selma”) and Best Picture winner “12 Years a Slave.”