David Spade is dropping some truth bombs in his upcoming Netflix comedy special. But don’t worry, it’s nothing personal.

On Thursday, Netflix released a trailer for “David Spade: Nothing Personal,” which marks his first comedy special with the streamer. You can check out the trailer above.

“Someone tried to hug me today,” he says as he’s met with chuckles from the audience. “I mean, I sound like a dick, but I’m terrified. You know what I mean? Who’s hugging still?” 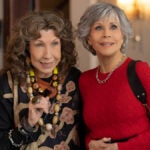 “David Spade: Nothing Personal” premieres on Netflix on April 26.

A logline for the special reads:

Hot off the beach from his guest hosting duties on ‘Bachelor In Paradise,’ David Spade makes his Netflix comedy special debut with ‘Nothing Personal.’ From sharing his disdain for crabs to his unique approach to turning down drugs, David proves that no topic is off limits.

Spade serves as an executive producer alongside Marc Gurvitz, Alex Murray and John Irwin. The special is directed by Ryan Polito.