The Peacock original limited-series will find the return of “Days of Our Lives” alum Lisa Rinna, Deidre Hall, Jackée Harry and James Reynolds as they solve a jewel-ridden mystery.

The soap opera will follow the characters during a long weekend of travel, with John and Marlena heading to Zurich, Ben and Ciara off on a romantic getaway in New Orleans, Chad visiting some old friends in Phoenix and Abe, Paulina, Lani and Eli vacationing in Miami. When each group gets wrapped up in a mystery involving stolen jewels, agent Billie Reed circles the globe to protect the fate of Salem. 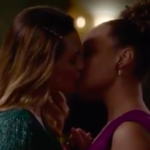 NBC’s “Days of Our Lives” daytime drama, which began in 1965, is one of the longest-running scripted television programs in the world. The soap opera, known for its dramatic storylines, has been spoofed by shows like “Friends” and “The Tonight Show.” Most recently, Kristen Wiig and Will Ferrell parodied the series with Jimmy Fallon on “The Tonight Show” during a quarantine zoom skit.

Despite rumors of the show’s cancellation, “Days of Our Lives” is alive and well, given the series’ renewal for a 57th season in April 2021. 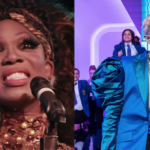 Ken Corday will serve as executive producer with co-executive producer Albert Alarr. The series is produced by Corday Productions in association with Sony Pictures Television. Ron Carlivati will be the head writer.

“Days of Our Lives: Beyond Salem” will stream exclusively on Peacock.