According to a report in the Wall Street Journal published on Wednesday, Warner Bros. Discovery Head David Zaslav, “deemed its estimated $75 million-plus budget too high and its return too limited for a made-for-streaming movie.”

According to an insider with knowledge of the project, the film was never greenlit. 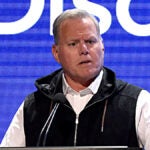 The “Wonder Twins” centers on an alien sibling duo – Jayna and Zan – who can activate their superpowers by touching hands and saying their catchphrase, “Wonder twin power, activate!” Jayna can transform into any animal, and Zan can transform into water. The duo first appeared in the Hanna-Barbera animated television series of the 1970s, “The All-New Super Friends Hour.” The superpowered sibling duo has also appeared on the animated series “Teen Titans Go!” “The Flash” and “Smallville.”

“Black Adam” writer Adam Sztykiel was also previously set to write and direct the project, which was eyed for a July production start.

News of the “Wonder Twins” not going forward was first previously reported on May 1 by the Hashtag Show.