“I know we have the resources but we can plan on being careful and judicious,” he said during the company’s conference with analysts after the Q1 earnings were released.

“As you’ve heard me say, we are not trying to win the direct-to-consumer spending war,” the WBD chief said, instead promising that the newly combined WarnerMedia-Discovery company would “invest in scale smartly.” 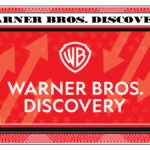 He already made the first difficult choice within the first week after Discovery closed its $43 billion acquisitor of the larger WarnerMedia: Zaslav, notorious in the industry for being a no-nonsense cost-cutter, decided to close down the much-hyped CNN+.

The announcement just three weeks after news streamer’s launch sent shockwaves throughout CNN and the rest of the former Warner businesses about how deep Zaslav will cut. He’s already promising some $3 billion off cost savings that many analysts predict will come from slashing the company’s staff, which consists of 30,000 people. The company had previously pledged $1 billion into developing CNN+ over the next several years, which represents about a third of WBD’s cost-saving goal.

WarnerMedia had already spent some $300 million on the CNN streaming service. However, CNN+ was only able to muster about 150,000 subscribers, a shockingly low number considering the channel’s reach. 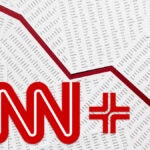 Streaming investments are expected to exceed $230 billion in 2021 as companies like Disney, Netflix, Comcast’s NBCUniversal and others expand streaming platforms around the world, according to British research firm Ampere Analysis.

In the report, Ampere notes that investments increased by 14% compared to 2020, representing an increase of more than $20 billion. The company said that content expenditure, marketing, ad spending and of course creating content all contributed to the increase.

Advertising and marketing was one area that Zaslav mentioned during the call with analysts. The company now has a combined 100 million streaming subscribers, including those of Discovery+ and HBO Max. The chief executive said the number of subscribers gives them “true optionality over time to drive our strategic decision-making.”

“Everything should be monetized,” Zaslav said. He plans to focus the company more tightly on “maximizing shareholder value” instead of the costly pursuit of subscriptions.