Taylor Schilling and Connie Britton are teaming up for a new series from the producers of “Parenthood” and “Friday Night Lights”: “Dear Edward” on Apple TV+.

Declared in a release from Apple to be a “heartbreaking, life-affirming, and uplifting story about survival, resilience, connection, and the examination of that which makes us human,” “Dear Edward” is an adaptation of the bestselling novel by Ann Napolitano. It’s written by Emmy Award winner Jason Katims (“Friday Night Lights,” “Parenthood”), who also serves as showrunner and executive producer through True Jack Productions alongside Jeni Mulein. Napolitano is also attached as EP with Oscar winner Fisher Stevens (“Palmer”), who will direct the pilot. 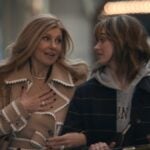 Britton (“Friday Night Lights”) and Schilling (“Orange Is the New Black”) star alongside newcomer Colin O’Brien, whose Edward is the lone survivor of a headline-making commercial airline crash.

“What’s it like being famous?” a young girl asks Edward (O’Brien) at the beginning of the first trailer, which dropped Wednesday. “I’m not famous,” he replies, to which she responds, “Yeah, OK,” teasingly.

“Dear Edward” tells the story of Edward Adler (O’Brien), a 12-year-old boy who remains the lone survivor of a devastating commercial plane crash. He loses his family to the tragic accident. As Edward and others all over the world figure out how to move on in the wake of the crash, unexpected friendships, romances and communities are formed through their shared grief, particularly within a counseling group led by Schilling’s character.

“What happened isn’t fair, Edward,” Schilling says at the end of the clip. “But I’m going to do my best to take care of you. And that is the truth that will never go away.”

Watch the first “Dear Edward” trailer in the video above. 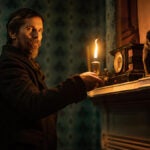