This review of “The Desperate Hour” (formerly known as “Lakewood”) was first published on Sept. 12, 2021 after the film’s premiere at the Toronto Film Festival.

A mom’s morning jog becomes a gimmick running in place in “The Desperate Hour,” a crisis scenario striving for issue-driven importance that should have paid more attention to its dull suspense mechanics, slapdash style, and implausibility.

The estimable Naomi Watts is always in fighting shape for the deep feelings of a peril picture, as her all-in turns in “Funny Games,” “The Impossible” and “The Wolf Hour” attest — hell, throw in “King Kong” too — but as Amy Carr, a widow in the woods (literally, figuratively) and desperate to get to a son in danger, it’s the actress who’s stuck and unable to escape the confines of a cheap trap that only gets more tedious as it goes along.

Her captors are filmmakers who should know better with the creativity possible in restraint. Screenwriter Chris Sparling notably turned a one-person situation into a better-than-usual nail-biter with “Buried,” which kept Ryan Reynolds in a coffin for 90 minutes yet showed storytelling chops and character smarts. Veteran director Philip Noyce staked a claim over 30 years ago with the trio-on-a-boat potboiler “Dead Calm.” 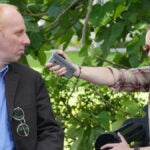 “The Desperate Hour,” though, feels like something tossed off, or a bottle-episode idea a writers’ room would quickly discard; whatever excitement may have been generated by a project ideally suited for filming during a pandemic doesn’t translate onscreen into anything remotely wrenching or clever.

The emotional set-up is the impending one-year anniversary of the death of Amy’s husband, as the film opens with her waking up to a recording of coping therapy and calling in to work to take a personal day. After seeing her elementary-age daughter Emily (Sierra Maltby) off on the school bus, she tries to roust her teenage son Noah (Colton Gobbo) from bed, but it’s obvious he’s in no shape to greet the world. Then it’s off in her grey hoodie for a long run on nearby forest roads. 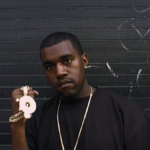 A series of phone calls, though, informs her of blocked streets and police activity near her children’s schools, and when Noah doesn’t answer his phone, Amy’s sense of worry grows exponentially, compounded by being in the middle of nowhere without a car or seeing passing drivers.

For nearly an hour, Watts runs/jogs/limps while frantically calling and texting and GPS-ing, and if you think that sounds thrilling, it’s not, especially when it’s a snap to guess the development about the “ongoing incident” that, when she hears it (and it seems to take forever to get there), will knock Amy for a loop.

But even that exploitative not-twist doesn’t kick things into a higher gear, because Sparling, Noyce and cinematographer John Brawley (Apple TV’s “The Morning Show”) haven’t made tracking a desperate parent through trees and on lonely roads into the height of filmic tension to begin with. The wonders and limits of smartphone technology, for one thing, hold nothing new anymore as a source of suspense, the information being relayed never leads anywhere intriguing, the follow-along visuals (drone, phone, side, behind, front, back to drone) are monotonous, and the stilted voice acting alongside Watts’ breathless portrayal — a fellow mom, a 911 dispatcher, a helpful auto-body shop employee, an onsite detective — sounds so pre-recorded it routinely pulls you out of the moment. 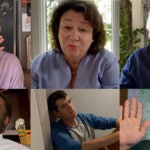 That Watts is as committed to substandard material as she is a film worthy of her gifts is a testament to her professionalism; she’s a given, and “The Desperate Hour” needs it. That being said, the story-rejiggering phone conversations she has to sell in the third act as Amy nears the danger zone are beyond any Oscar nominee’s abilities. Maybe she can enter and win a 10K as a consolation prize. Or get Stephen Knight to write her a part like Tom Hardy had talking in a car for the duration of “Locke.” Easier on the legs, for one thing.

Lastly, “The Desperate Hour” saves its final push for social-ills relevance with an execrable credits scene depicting a character’s social-media video, how “this has to stop” and they “won’t stay quiet” about “how wrong this is.” Mind you, this video is never actually specific about what happened, what the issue is, and what the politics of it are, certainly not in the way a survivor who’d just been through that very particular, scarring trauma would probably articulate. So what can be safely said is that what is “wrong” and “has to stop” are cheap, gimmicky exercises like “The Desperate Hour,” and no one should “stay quiet” about that.

“The Desperate Hour” opens in limited theatrical release and on video on demand on Feb. 25.